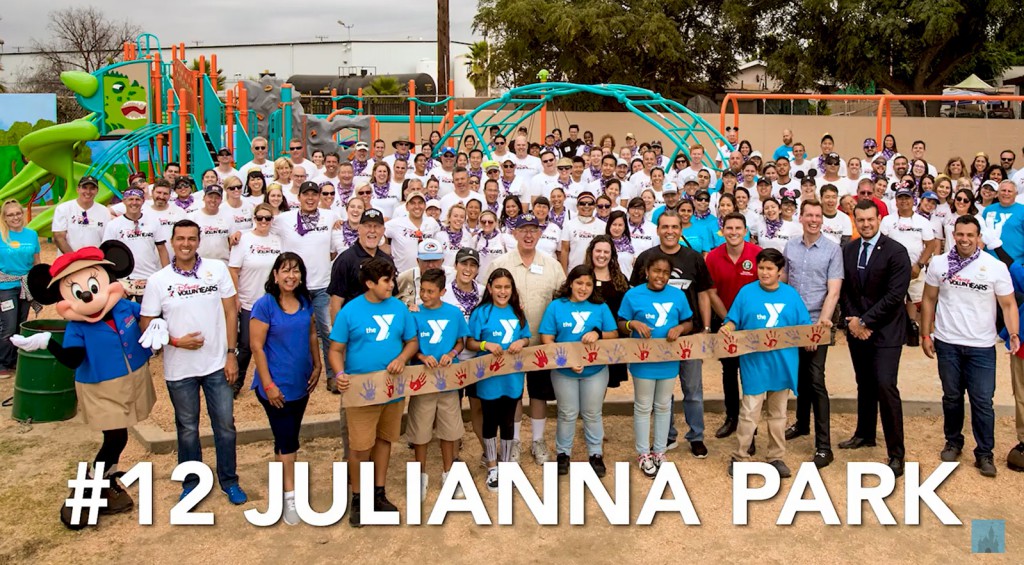 ShareTweetSubscribe
Over the last 8 years Disneyland Resort VoluntEARS have worked with the city of Anaheim, Anaheim Family YMCA, and KaBOOM! to build 12 playgrounds in neighborhoods around Anaheim. The 12th playground at Julianna Park was built recently in just six hours! Disneyland Resort executives, including Josh D'Amaro, were on hand, as well as members of SALUTE, Disney's resource group that supports veterans transitioning to civilian live. During the build, the 300th Army Band provided entertainment. 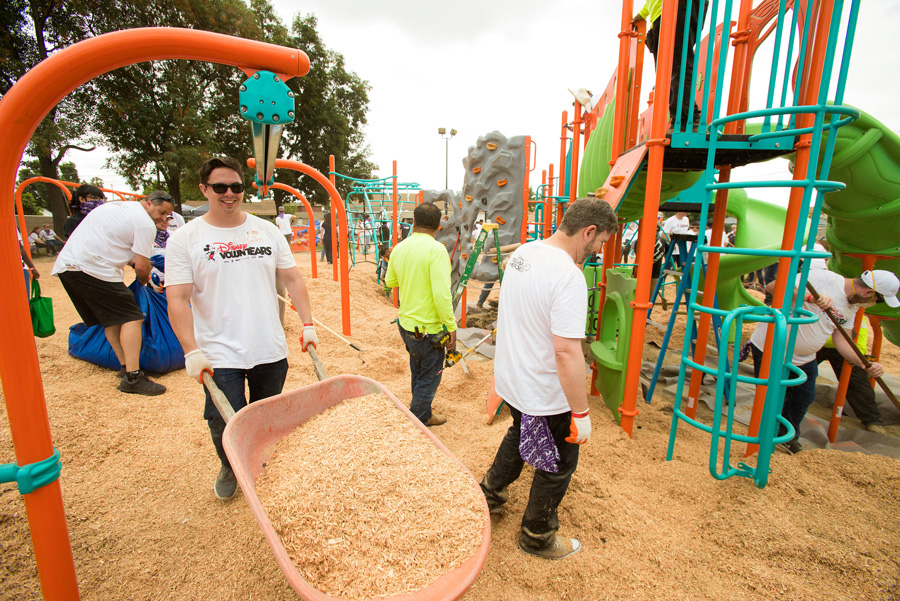 The new playground completes the 2016 commitment to sponsor five additional playgrounds in Anaheim. D'Amaro said of the Julianna Playground:

I am so proud of our Disney VoluntEARS and SALUTE cast members for building a playground that will have a lasting impact for families in this neighborhood. I am also incredibly thankful to have such amazing partners with the city of Anaheim, the Anaheim Family YMCA and KaBOOM!.