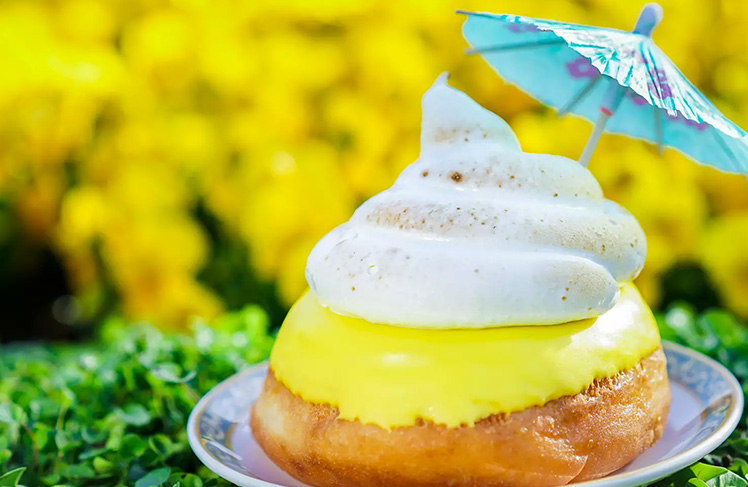 If there is a hall of fame for Disney park treats then the Dole Whip must have been a first-ballot inductee. The Disneyland Donut Cart, which opened in 2016, offers over-the-top donut creations. Now their latest creation is a spin on the iconic Dole Whip treat, a Dole Whip Donut.

The Dole Whip Donut is filled with little chunks of pineapple and pineapple jelly and is topped with pineapple icing and meringue.

The Disneyland Donut Cart is located to the left of Sleeping Beauty Castle, and only offers about three donut-flavors a day, which they rotate among about 40 combinations, so this new item may not be around permanently.