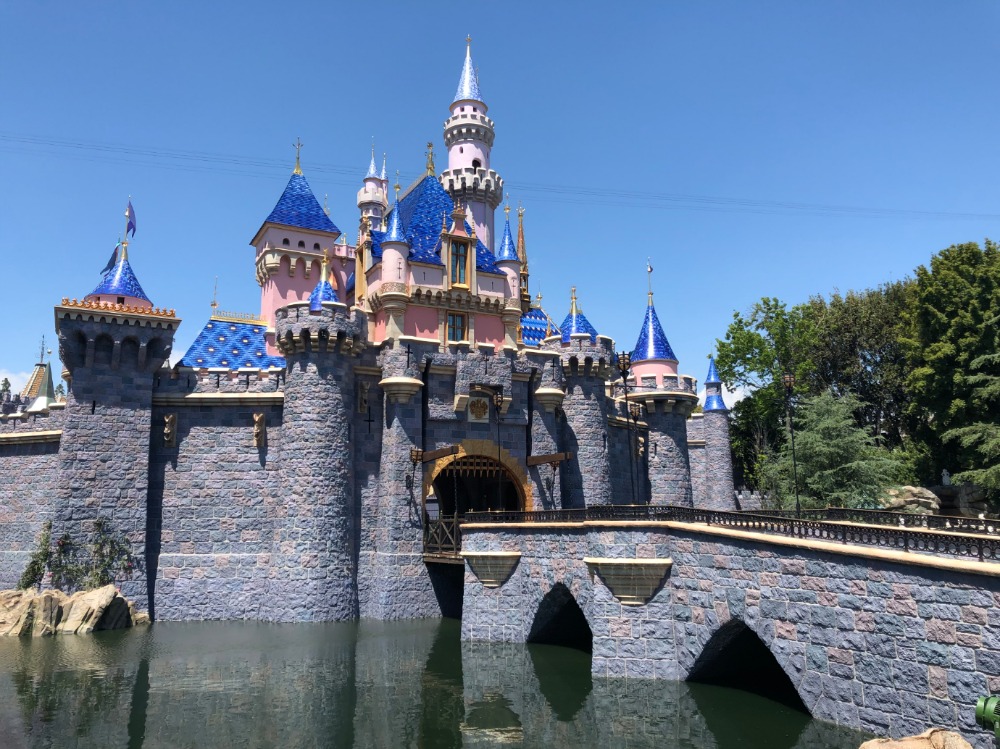 This is the centerpiece of Disneyland. The castle towers height is 77 feet above the moat. There's a walk-through tour recreating the story of Sleeping Beauty. The design of the castle was influenced by King Ludwig II's royal castle of Neuschwanstein in Germany. The Walt Disney's family crest can be seen above the archway at the entrance. The drawbridge does work, although it's only been used twice. The first time it was lowered to herald the opening of Disneyland in 1955, and the second time was in 1989 for the debut of the 'new' Fantasyland.

When taking a close look at the 22-karat gold leaf that covers the castle's spires, you’ll see that one was left undone. Walt Disney did this on purpose so that Disneyland will never be completed, as Walt wanted it. This is one of the park's original 17 attractions.