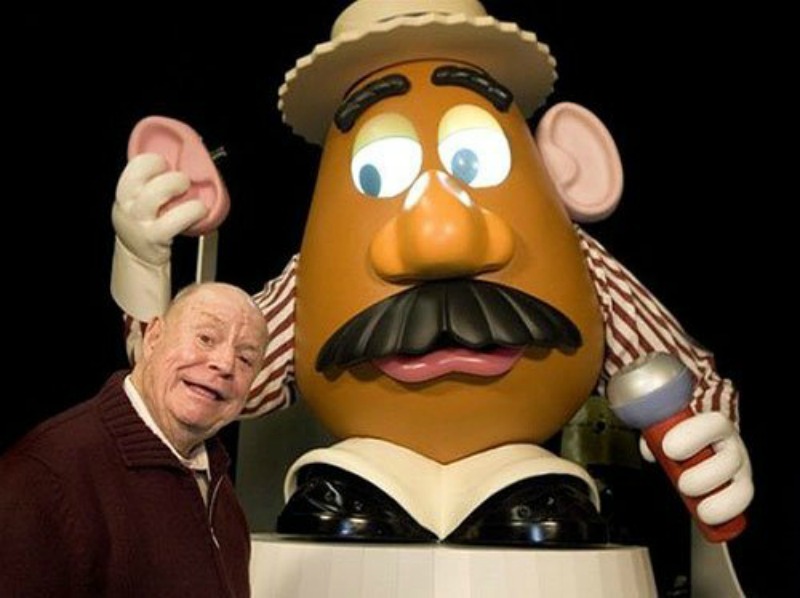 The famous insult comedian, Don Rickles, passed away in his Los Angeles home today at the age of 90. Mr. Rickles had an incredibly long career, but the one he’s most famous for in our community was his voicing of Mr. Potato Head in all three Toy Story films.

When you think about all of the toys in Andy’s room, Mr. Potato Head was definitely the pessimist of the gang. One can’t help but feel that maybe the part of Mr. Potato Head was written with Mr. Rickles’ sense of humor in mind. The scene where he joked around with Hamm calling himself Picasso then called Hamm an “uncultured swine” because he didn’t get the joke is the first scene that comes to mind.

A tribute to Don Rickles. pic.twitter.com/VjGBVu8dVb

Back in 2013, Mr. Rickles received a lifetime-achievement award for comedy from The Friar’s Club where he was considered a master roaster of celebrities. He was a guest on “The Tonight Show With Johnny Carson” in 1965, had his own show on ABC, and appeared on “Newhart,” “The Addams Family,” “Gilligan’s Island,”  and “The Dick Van Dyke Show.”

Mr. Rickles is survived by his wife, daughter, and two grandchildren.