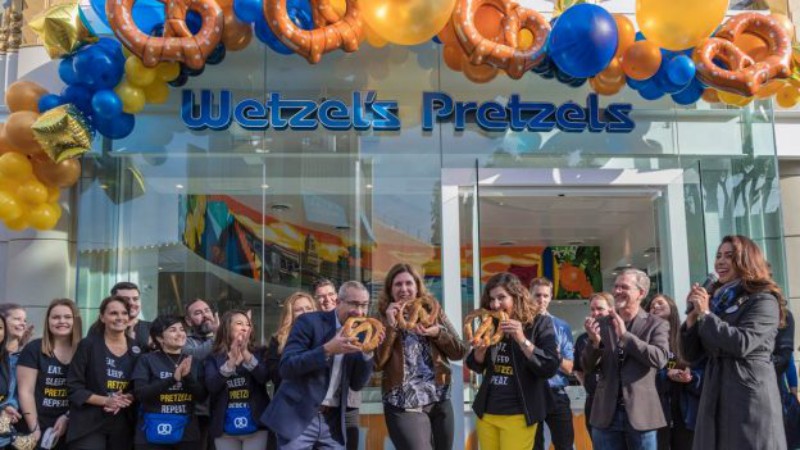 Wetzel’s Pretzels re-opened recently in Downtown Disney and today the Disneyland Resort celebrated the occasion with a DJ, balloons, a giant pretzel wall game, and other festivities. 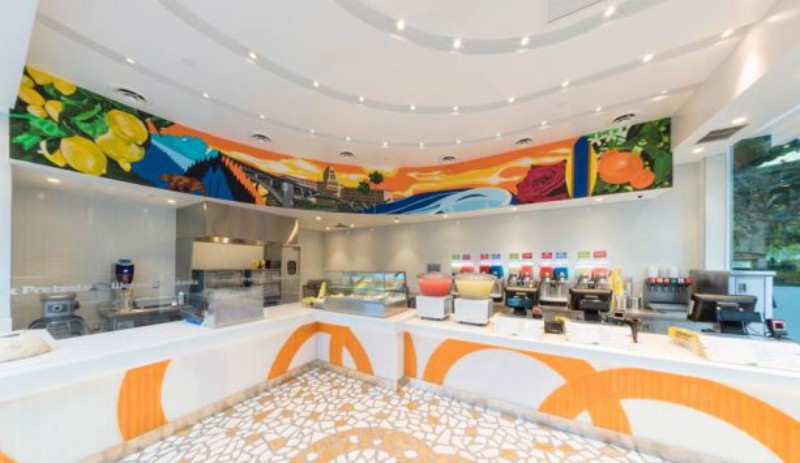 The update store features a new modern look with an “indoor-outdoor feel.”

Southern California artist Trek Thunder Kelly, famous for his large-scale murals, painted a mural for the store which highlights Pasadena, the hometown of Wetzel’s Pretzels. The mural also features 25 hidden pretzels, in honor of the 25th anniversary of the eatery. 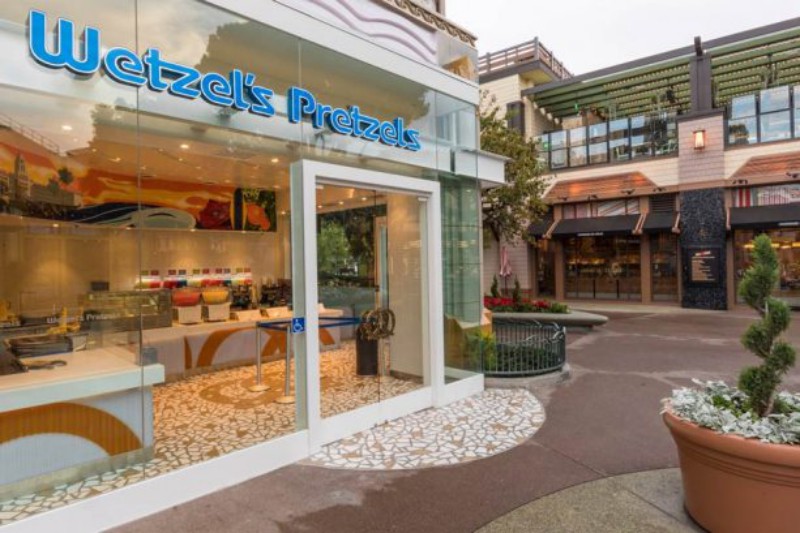 While the store received a new look, the menu still features the classic soft pretzel items, including the Pepperoni Twist, Wetzel Dog, Cin-A-Bitz, and more!