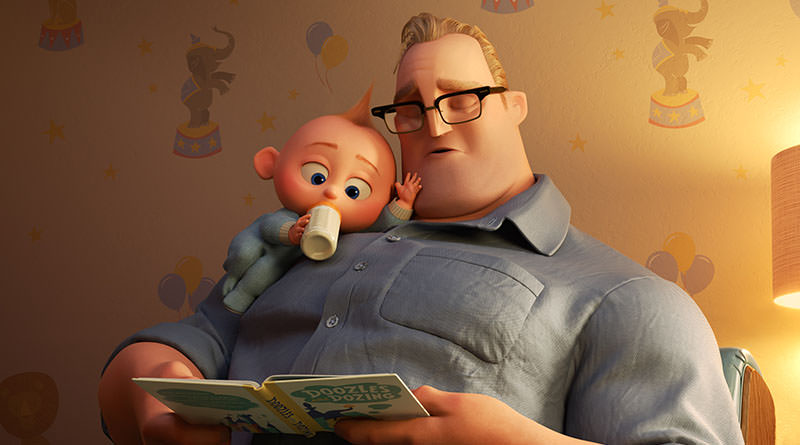 Incredibles 2 just passed a box office milestone of $600 million domestically, and the news keeps getting better, because the home release date has now been revealed! The sequel to the hit Disney•Pixar film will be released digitally on October 23 and on Blu-ray, 4K, DVD and On-Demand on November 6.

Incredibles 2 picks up right where the first movie left off, but then shifts focus away from the first film and trains its eyes on Elastigirl stepping to the forefront as the hero, while Mr. Incredible stays at home to care for the family. Violet and Dash are still dealing the events from the first movie, and Jack-Jack’s powers continue to reveal themselves in a bigger way than before! Besides the incredible movie, the home release will also include a ton of bonus features from the all-new Auntie Edna mini-movie that explores the details from Jack-Jack’s sleepover with Edna Mode to the theatrical short released before Incredibles 2 in theaters, Bao. Check out the full list of bonus features below!

Many of you have suggested we show what transpired the night E babysat Jack-Jack. Well, we were WAAAY ahead of you! AUNTIE EDNA, an all-new short directed by i2 story supervisor Ted Mathot will be on the #Incredibles2 in-home release available on Digital 10/23 and Blu-ray 11/6! pic.twitter.com/om5uYjMixH