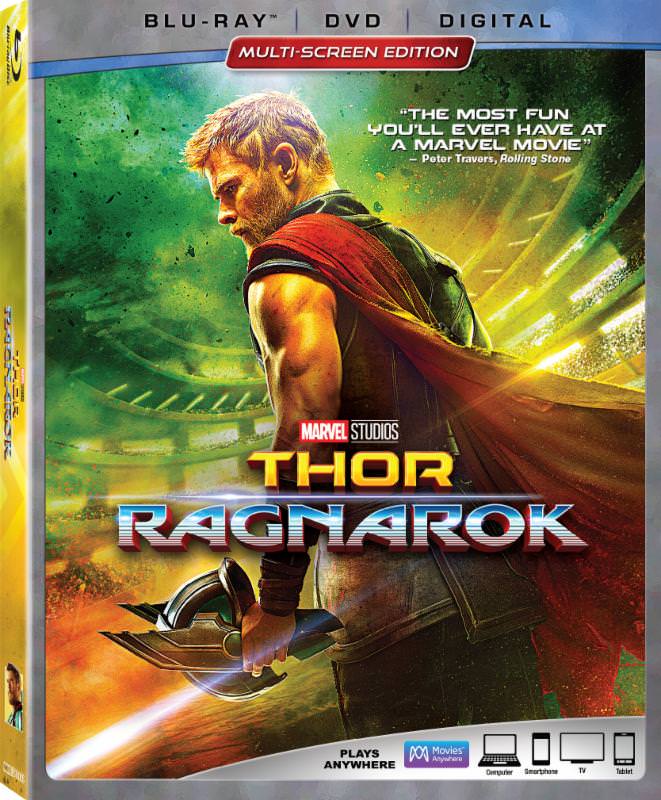 Fans of the God of Thunder will finally be able to bring home the best Marvel movie of 2017 very soon! Thor: Ragnarok will be released digitally in HD and 4K Ultra HD, and Movies Anywhere on February 20th and on 4K Ultra HD, Blu-ray, DVD and On-Demand on March 6th! Thor: Ragnarok is the third standalone Thor movie starring Chris Hemsworth in the Marvel Cinematic Universe.

Don’t miss out on the chance to add Thor: Ragnarok to your collection!