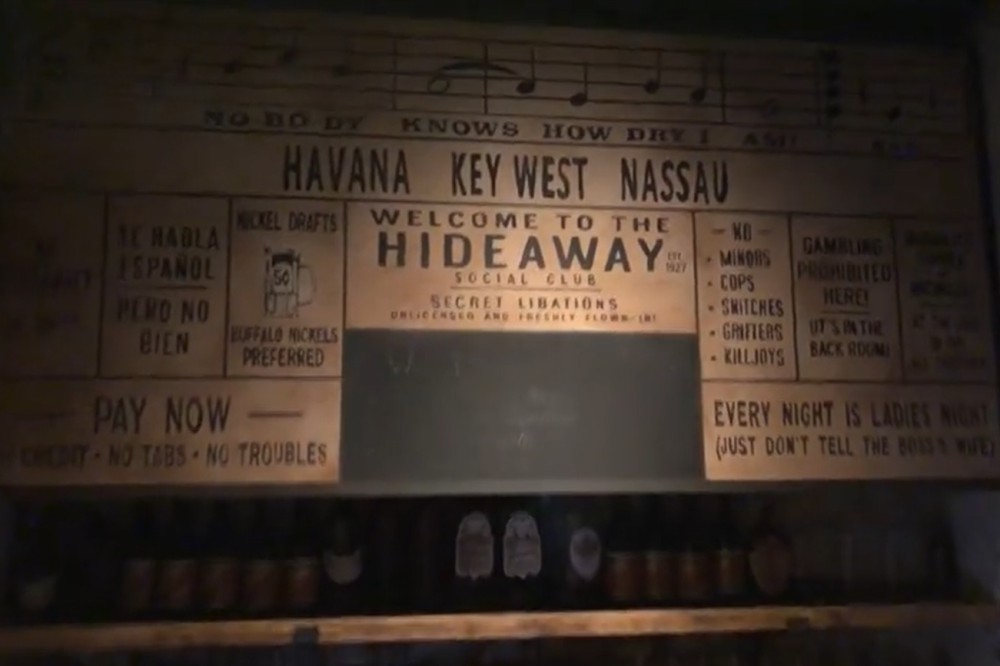 Enzo’s is tucked away underneath Maria & Enzo’s restaurant and is the epicenter of signature cocktails at Disney Springs.

According to legend, the steam tunnels that house Enzo’s Hideaway were home to a speakeasy during prohibition. Graffiti from that period still marks the walls.

Nearby Maria & Enzo’s and Pizza Ponte have already opened, along with The Edison, but until now, the opening date for Enzo’s Hideaway hadn’t been announced.

For more a closer look at each space, take a look at this tour from the Grand Opening event.