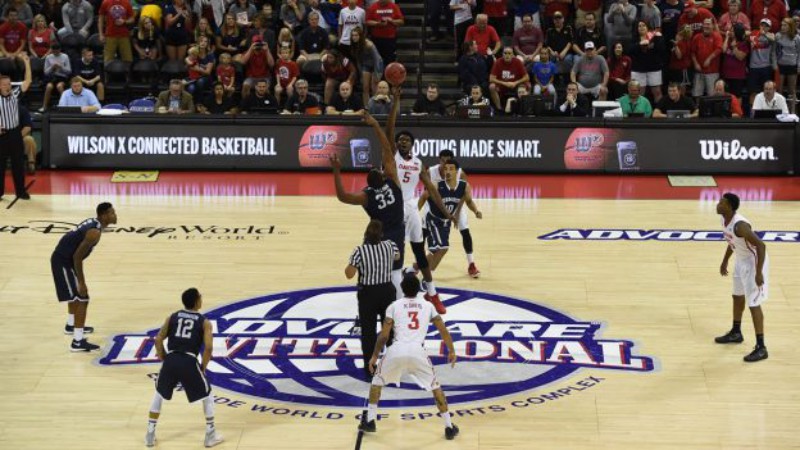 Again this year, the ESPN Wide World of Sports Complex at Walt Disney World will play host to the AdvoCare Invitational.

The men’s college basketball tournament, which will take place Thanksgiving weekend, November 22nd to 25th, is said to be one of the more competitive preseason tournaments.

The teams included in the tournament include 2018 NCAA Champion Villanova, plus top ranked Florida State and LSU. Alabama-Birmingham, Canisius College, College of Charleston, Memphis, and Oklahoma State will also participate.

The schedule features 12 games over the first three days, with all 8 teams competing once per day. The championship game will be held on the final day, November 25th.

Tickets for the AdvoCare Invitational are available online at Ticketmaster.