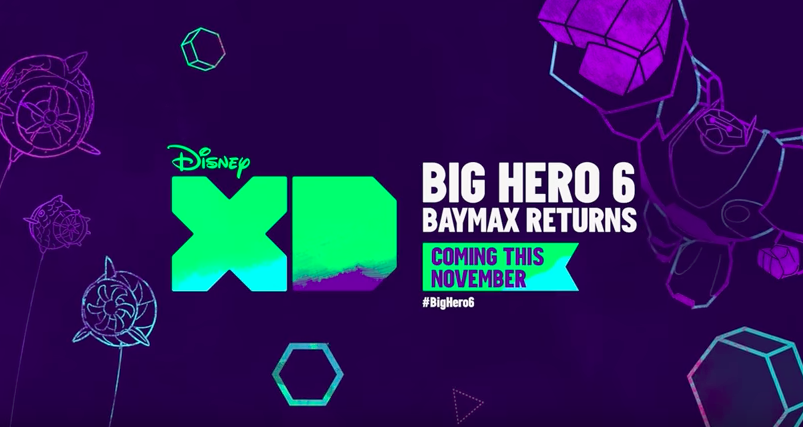 Disney XD has just announced that the high-tech universe of Big Hero 6 is on its way to TV!

All-new adventures of inventor Hiro Hamada and his inflatable cyborg sidekick, Baymax, are heading to Disney XD. Thanks to ET, we are sharing a sneak peek at the new animated series.

In the sneak peek, Hiro and Baymax are seen hanging out with friends and fellow superheroes – GoGo Tomago, Honey Lemon, and Wasabi – when their pal Fred frantically summons their help requiring that the team suit up and take on an unknown crisis. Take a look:

The animated series was developed by the creators of Kim Possible; Mark McCorkle and Bob Schooley and have kept the balance between cheerful comedy and fast-paced engagement that made the 2014 film such a huge hit.

Ryan Potter and Scott Adsit are returning to assume their roles as Hiro and Baymax which is very exciting, along with Genesis Rodriguez (as Honey), Jamie Chung (as GoGo), and Maya Rudolph, who will return as the voice of Hiro’s devoted Aunt Cass.

Alan Tudyk will also be returning to portray the dubious business tycoon Alistair Krei. Once starring on Saturday Night Live, Brooks Wheelan will take over as the voice of Fred (originally played by T.J. Miller in the 2014 film), while Khary Payton will join in and voice Wasabi, replacing Damon Wayans Jr.

According to ET, Disney XD will be airing the sneak peek during the much-anticipated DuckTales premiere on September 23, 2017, while Big Hero 6: The Series will debut in November.