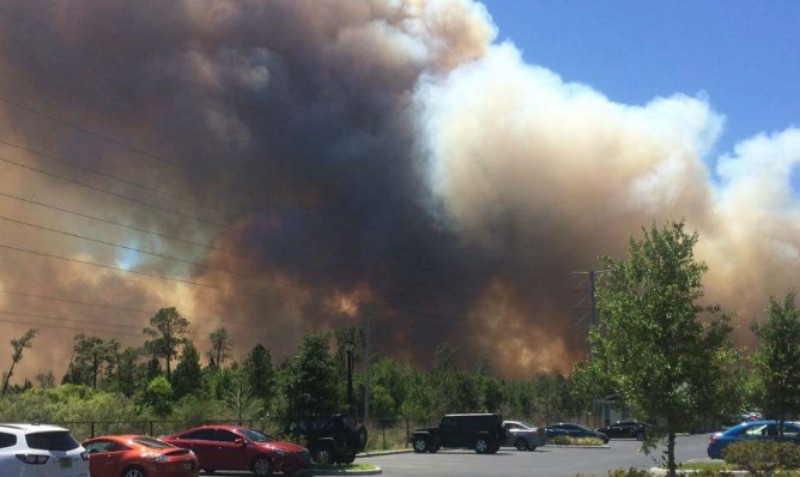 News13 is reporting that the Florida Forest Service is carefully monitoring a fast-moving, 300-acre brush fire that is currently burning near Orlando’s tourism district. The fire is near the intersection of Daryl Carter Parkway and International Drive, but plumes of smoke are billowing over most of Central Florida.

The photo below was taken just moments ago from the Epcot monorail. As of now, two buildings at the Sheraton Vistana Villages have been evacuated, according to the Orange County Sheriff’s Office.

There have been no injuries reported as of the time of this posting.

There are currently no road closures, but the Sheriff’s Office is asking the public to keep clear of the area.