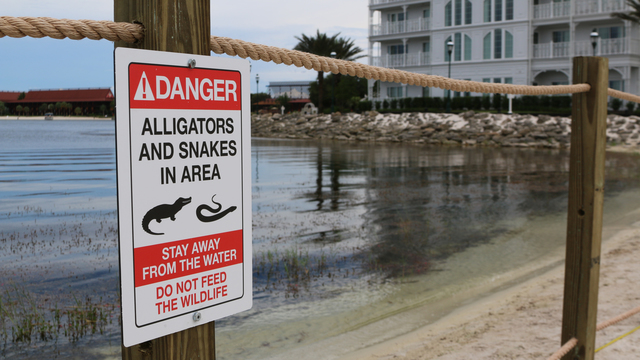 Records were released this week that gave more details about the incident on June 14 in which an alligator dragged 2-year-old Lane Graves into the lagoon at Disney’s Grand Floridian Resort & Spa. The records include email reports turned in by Capt. Tom Wellons of the Reedy Creek Fire Department the day after the attack.

Early on June 15, Wellons told Matt Graves, the father of the little boy, that he needed to seek medical attention for the wounds on his hands from the gator’s teeth. Graves “refused to leave the area,” but Wellons was “finally able to persuade him and told him he could come back after getting medical treatment.”

In Wellons’ email report, he wrote that “Graves shared the horror that he experienced as his son was being pulled into the water and how another gator attacked him as he fought for his son.”

Wellons’ email was forwarded by Assistant Chief Stan Paynter to Orange County officials to let them know that they should be on alert for another alligator. Officials continued to search for Lane’s body until the afternoon of June 15, when it was found six feet under the water, but intact, 15 yards from the attack site.

Since then, Disney has changed the hours their beaches are open, have added fences along the waterlines, and have added signs to beware of alligators and snakes on the beaches and in the Magic Kingdom near the Rivers of America.