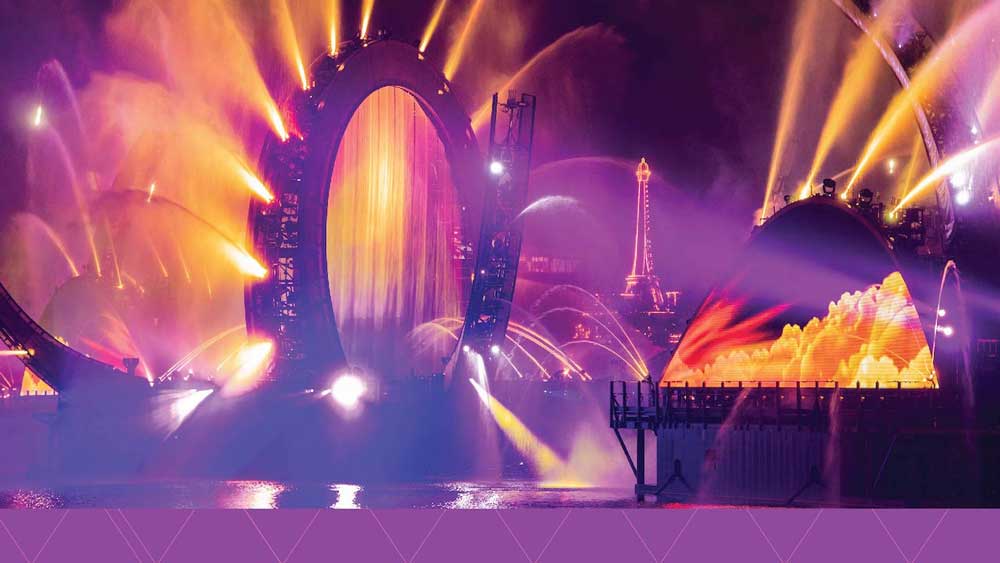 Walt Disney World has shared the behind-the-scenes look at Harmonious – the new nighttime spectacular coming to EPCOT on October 1, 2021 as part of the 50th anniversary celebration.

Disney has told us that this nighttime spectacular is one of the largest fireworks display that’s ever been created for a Disney theme park.

The show moves through three distinct chapters, inviting us to gather on the shores of World Showcase Lagoon, celebrate the countries and cultures of the world, and ultimately unite to create a bright tomorrow. “Harmonious” begins with a sunrise, and as the world awakens around us, we set out on a journey that takes us across the globe. It’s a dazzling and diverse feast for the eyes and ears, from the South Pacific home of “Moana” and a Middle-Eastern interpretation of “Aladdin” to “The Jungle Book” in India, China’s legend of “Mulan,” the European nations that inspired “Brave” and “The Hunchback of Notre Dame,” and so much more.

Disney Live Entertainment and Walt Disney Imagineering have put together a video explaining the show along with our first look at the water screens and how the rest of the barges will fit into the performance. Take a look!