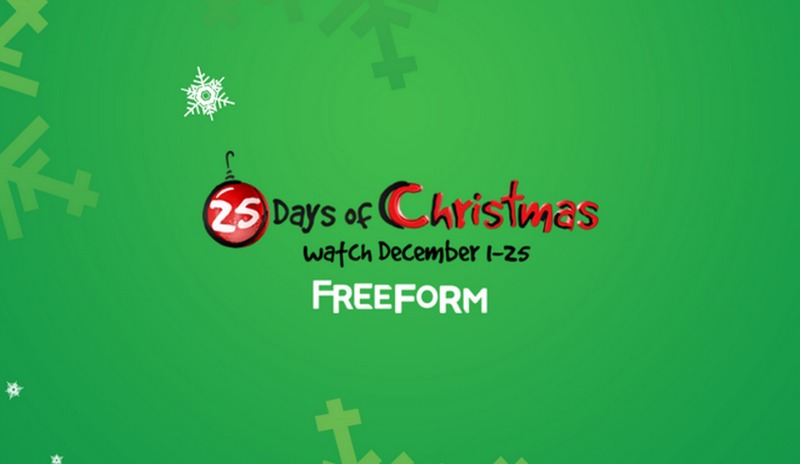 For the first time, Freeform, the network previously known as ABC Family, will not be the only channel hosting the much-anticipated ‘25 Days of Christmas’ programming this year. The Disney|ABC Television Group has announced that the holiday specials will expand to air across all of their networks this season due to the popularity of the annual programming. Their networks include Freeform, ABC, Disney Channel, Disney XD, and Disney Junior.

“‘25 Days of Christmas’ is the holiday event our viewers look forward to all year long. This year, there is more for everyone: more original shows, more fun, and laughter, more opportunities to take part in this beloved holiday tradition,” Ben Sherwood, president of Disney|ABC Television Group said in a statement. “We hope everyone joins in the fun as Disney|ABC spreads holiday cheer across all of our channels and platforms for audiences everywhere.”

Freeform will air holiday favorites such as Elf, The Santa Clause and National Lampoon’s Christmas Vacation, along with several original Christmas movies and a few Disney specials, such as The Wonderful World of Disney: Magical Holiday Celebration and Decorating Disney: Holiday Magic, a holiday special that is said to show viewers how Disney Destinations brings the holidays to life across their parks and resorts.

Additionally, ABC is set to debut a new “reality competition” show that will be tied to the holidays, like The Great Christmas Light Fight, where families will be competing to transform their homes into the “ultimate festive wonderland” and “the Great American Baking Show.” Disney Channel, Disney XD, Disney Junior, and Radio Disney will also air holiday episodes of their most popular shows, will present a Disney Channel holiday celebration telecast from the Disney Parks, and will debut a new Lion King film, titled The Lion Guard: Timon and Pumbaa’s Christmas.

The countdown to the ’25 Days of Christmas’ begins on Saturday, November 18 and you can find that schedule by clicking here.

For a complete schedule of the ’25 Days of Christmas’ programming, click here.