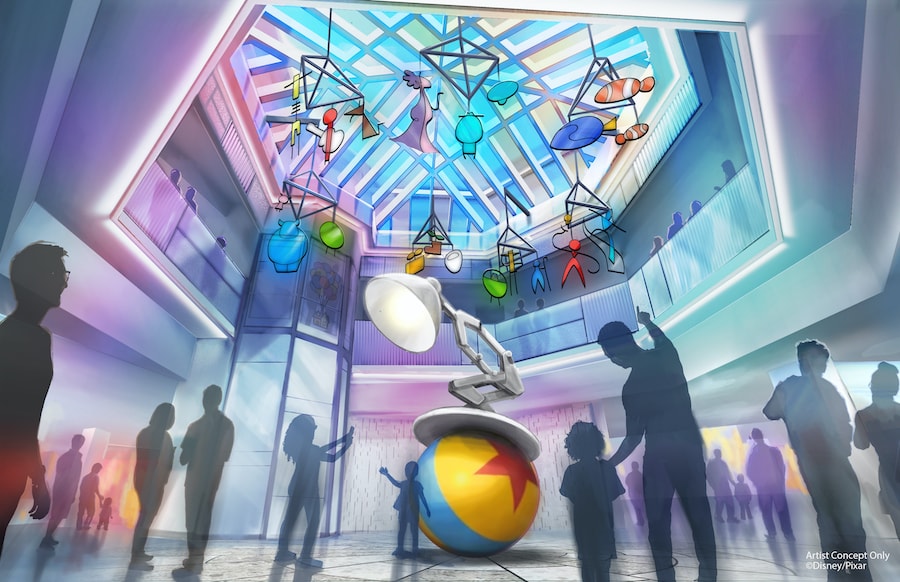 There are special moments throughout the year when Disney decides to back up the truck and unload ALL of the announcements. Friends, today is one of those days. Not only have we received word about the return of Mickey’s Not-So-Scary Halloween Party to Walt Disney World for 2022, we’ve been given the motherlode of all Disneyland announcements. From Halloween to a Disneyland resort makeover to new food; we’ll be covering it all in the next few paragraphs. Grab your favorite Mr. Toad coffee mug, fill ‘er up, and settle in. Here we go…

This is Halloween. The fan-favorite Oogie Boogie Bash is returning to Disney California Adventure this year on select nights during the Halloween season. It’s not been announced when the tickets will go on sale, but we’ll be sure to keep you in the loop when we’ve got the schedule and ticket details.

Mickey and Minnie are getting ready to Trick-or-Treat. Guests meeting Minnie and Mickey in Disneyland Park this Halloween season will be treated to the pair wearing their brand-new “homemade” costumes. An artist’s rendering of the new duds is above. Kinda cute, right?

Paradise Pier Hotel is getting another makeover. A Pixar-themed makeover is coming is to Paradise Pier, and the work will begin soon. Guests will find new Pixar details both outside and inside the resort through “décor that reveals the creative journey of the artists who helped bring these stories to life.” The lobby will feature a giant Pixar lamp balancing on top of one of Pixar’s famous blue, yellow, and red balls. We’ve also been promised “whimsical character moments” as part of the makeover, and we’ve been assured that further details are forthcoming.

New Marvel characters are coming to Avengers Campus. Be still my Marvel Cinematic Universe-lovin’ heart. America Chavez from Doctor Strange in the Multiverse of Madness will begin appearing inside Avengers Campus at Disney California Adventure for a limited time in May, and Scarlet Witch will make her big debut with a very limited visit in May as well.

The Downtown Disney District’s makeover continues. And new food is coming! Downtown Disney’s new mid-century modern Southern California-inspired redo is in full swing. The new look of the west-end side of the entertainment and shopping complex will be a “beautiful blend of vibrant color palettes, design elements and patterns influenced by the region, and will include an open lawn for relaxation and future events, and an even broader and diverse collection of dining and shopping.”

New looks are coming not only for the general area, but for Ralph Brennan’s Jazz Kitchen as well. Gone will be the scrolling wrought-iron inspired by the New Orleans roots of the eatery, as streamlined railings and Southern California-esque aesthetics take their place. Not exactly sure how I feel about the changes as based on the artist’s rendering. To be honest, I love New Orleans and hate to see the NOLA stylings removed in favor of more generic features. That being said, I’ll give it a fair shake until I see it with my own eyes.

In the new food category, Din Tai Fung will be coming to the Downtown Disney District. Guests at Din Tai Fung can enjoy hand crafted soup dumplings. Hand. Crafted. Soup. Dumplings. Sign me up, friends. According to Disney, “this family-run restaurant will bring flavorful Chinese cuisine to Downtown Disney, where guests can enjoy dishes served family style in a creative space near our new lawn pavilion.” Sounds lovely to me.

As with Catal and Uva Bar, the new restaurant and bar will feature both indoor and outdoor dining spaces, as well as a courtyard bar.

For those longing for a simple (and delicious!) sandwich, a limited-time Earl of Sandwich pop up location will appear in Downtown Disney later this year. The pop up spot will be walk-up only, but we’ll take it. I’ll have an Earl’s Club, please.

The teams working on the reimagination of Mickey’s Toontown have officially broken ground. The renovated area is slated to open in 2023, and will feature play areas and open spaces for kids of all ages and stages. Be sure to tap here to read all of the details.

See, I told you that it was a lot. Whew! What changes/updates are you most looking forward to experiencing? Please let me know in the comment section below.