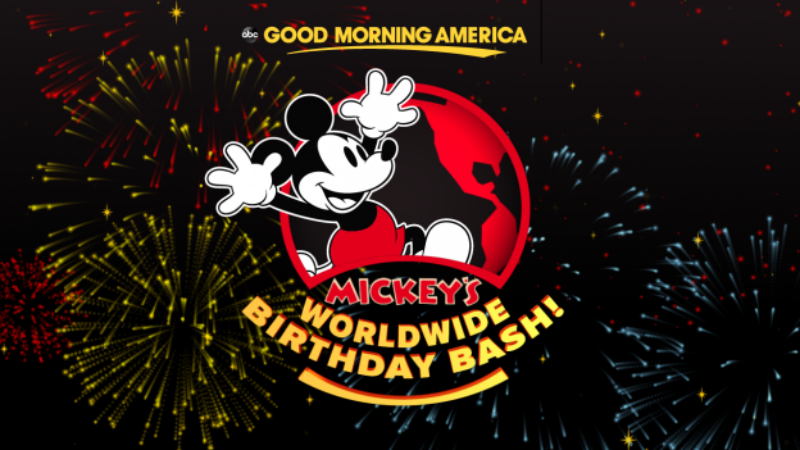 ABC’s Good Morning America will be celebrating Mickey’s Worldwide Birthday Bash next week with a visit to every Disney Resort around the world!

GMA’s Ginger Zee and Disney super-fan Patrice Jenkins, an Illinois teacher, will be making the trip November 12th through November 16th. Each day they will surprise fans in a different resort as they countdown to Mickey’s 90th birthday on November 18th.

Zee and Jenkins will also share pictures of themselves sporting Mickey ears from locations around the world in support of the #ShareYourEars campaign to raise money for Make-A-Wish.

Here is Zee surprising Jenkins in her classroom this morning with the news: