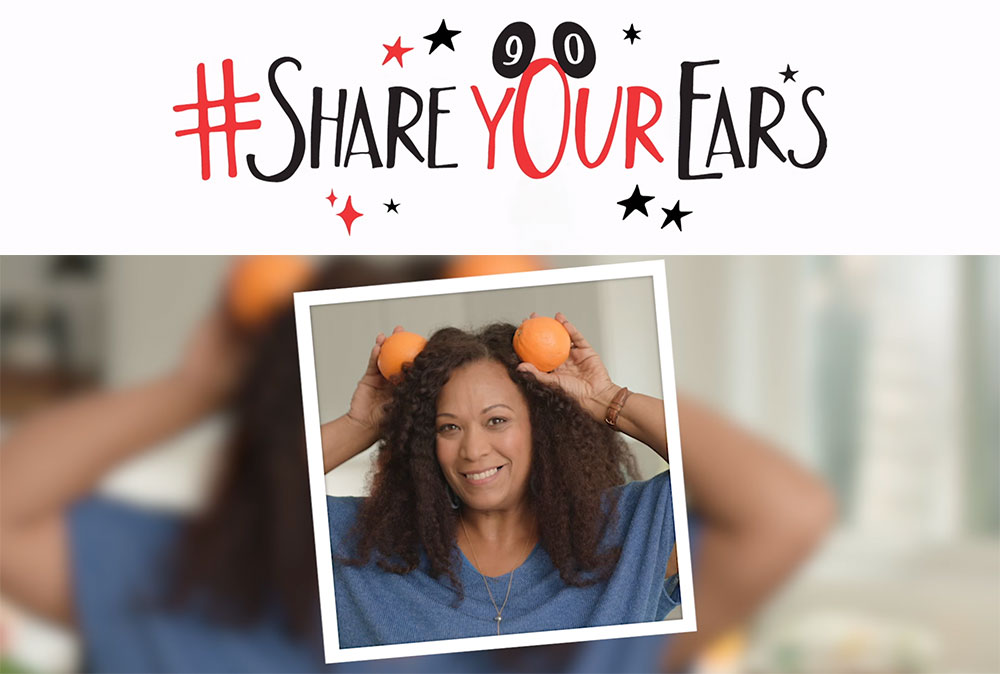 UPDATE 11/19/18: Disney has extended the #ShareYourEars campaign to run through November 27th to meet their goal of a $3 million donation.

UPDATE 11/16/18: Disney announced this morning that they’re adding an additional $1 million to their #ShareYourEars campaign which brings the total Make-a-Wish donation to $3 million. Keep sharing!

Mickey Mouse is getting ready to celebrate his 90th birthday in just two weeks, and along with tonight’s ABC TV special and all of the Disney Parks events that will be taking place for the occasion, The Walt Disney Company is using this opportunity to launch a social media donation campaign that will not only promote their most famous entertainer but also help out some kids in need.

Between November 4th and 17th of this year, Disney will donate $5 to Make-A-Wish for each public photo posted to Facebook, Twitter, or Instagram that shows off a set of Mickey Mouse ears or “any other creative ‘ears.'” The company will donate up to a maximum of $2 million. This campaign is part of their Team of Heroes initiative.

Make-A-Wish uses volunteers and donations to grant the wishes of children diagnosed with critical illnesses; they say a wish is granted somewhere in the United States every 34 minutes. Quite a few of these wishes involve Disney, and the company has helped grant 130,000 of them since 1980.

Wondering exactly what qualify as ears? The campaign says, “So, get ready – and get creative! Don’t have ears? Create your own out of just about anything. Make them simple or fancy; artistic or wacky. Then put them on and join your favorite heroes, celebrities and athletes in helping make wishes come true!”

Here is what you need to do to take part: