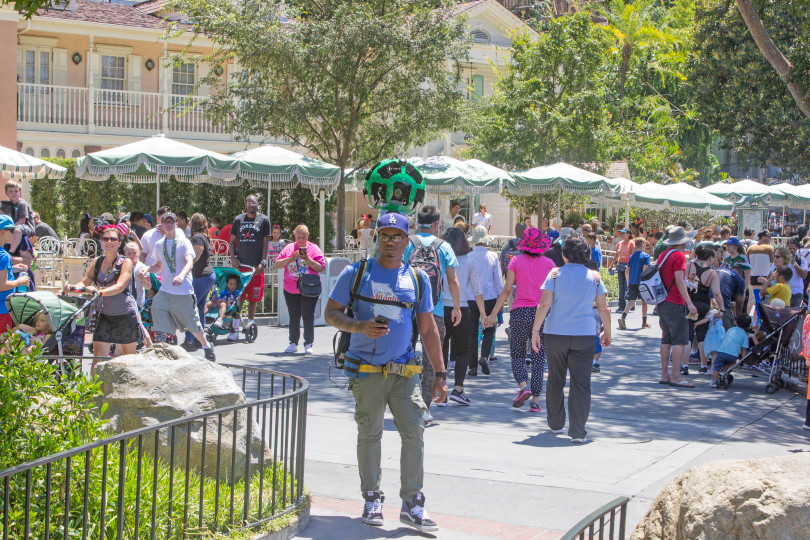 The Orange County Register has confirmed that Google has begun collecting GPS data and photos to create a Street View of the Disneyland Resort.

Google employees wearing backpacks fitted with 360-degree cameras have been spotted around the theme parks over the last week. Once the images and other data are collected, it will need to be combined with online maps.

Google has not set a timetable for the release of a Disneyland Street View, however Disneyland Resort officials have confirmed the Google project.