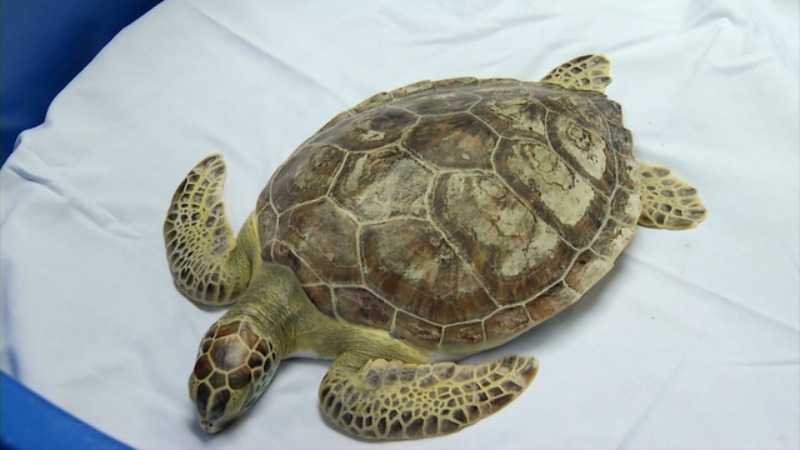 A green sea turtle was recently rescued and brought into SeaWorld Orlando where the animal rescue team noticed that the turtle was dehydrated and was not digesting food properly.

The team ran a cat scan on the turtle which showed that there was a life-threatening blockage in his intestines. During a three-hour surgery, the veterinary team was able to remove ocean debris from the turtle’s intestines which ultimately saved his life.

The turtle, named Colin, is reportedly still in critical condition, but Jon Peterson of SeaWorld says that he is showing the signs of improvement the team likes to see post-surgery.

Colin has to remain dry until the surgical site heals, so he will stay put at SeaWorld’s quarantine rehab until the veterinary team confirms that he can be safely returned to his natural environment.

“SeaWorld is one entity in a very large group of partners that work together with one goal, care for these animals and get them back out as quick as we can,” Peterson said.