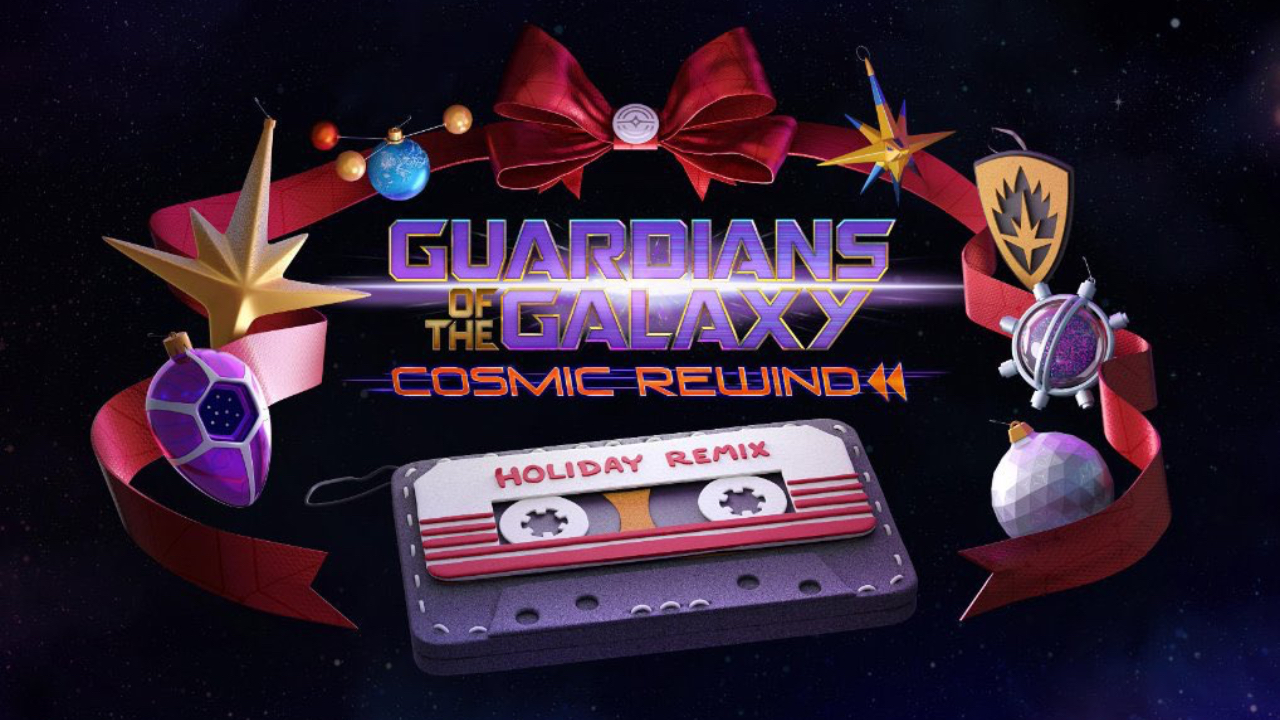 Who doesn’t love a holiday overlay? For years, I’ve heard non-stop complaints about the overlay tradition that occurs in California’s Disneyland, with east-coast fans desperate to get in on some of the Haunted Mansion, and “it’s a small world” action. Instead, Orlando-based Disney fans might have an overlay of their own to make DLR fans jealous of. As we reported earlier in the year, EPCOT’s Guardians of the Galaxy: Cosmic Rewind will be sporting its own festive take on the holiday season with a musical takeover, though Disney has just recently confirmed that the holiday change will be in place beginning on November 25th.

The newly confirmed date also coincides with the beginning of the EPCOT International Festival of the Holidays and the other EPCOT holiday celebrations, as well as the Guardians of the Galaxy Holiday Special on Disney+. Within the attraction, a holiday-themed classic will have the lyrics altered to suit the ride and play throughout the attraction during the holiday period.