Halloween Treats Coming to the Disneyland Resort on September 7 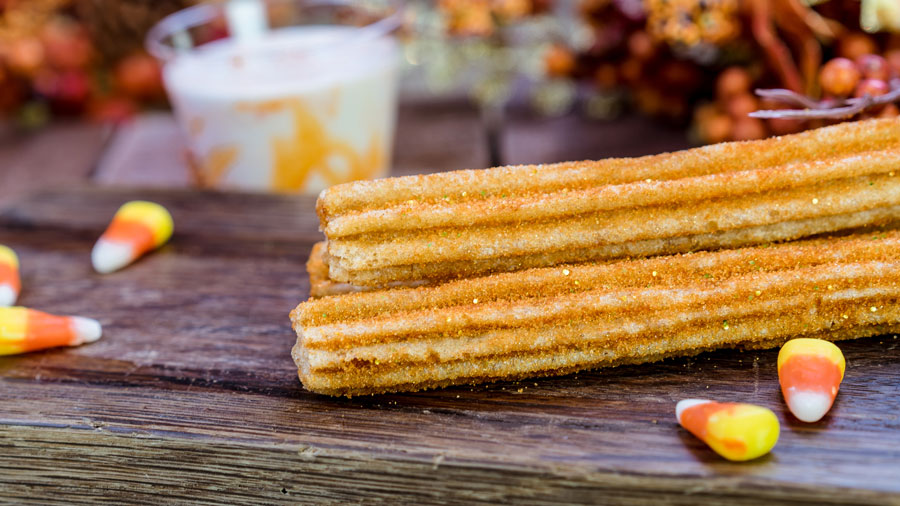 Treats and sweets are what the Halloween season is all about, right? The Disney Parks Blog just revealed a long list of these Halloween themed treats that will be available at the Disneyland Resort between September 7 and October 31. From what we can tell, just judging by the pictures and their descriptions, the Disneyland Resort food and beverage team pulled out all the tricks to create these treats.

These Halloween inspired treats will be spread across the Disneyland Resort property. The theme parks, the resort hotels, and Downtown Disney will all have their own special Halloween offerings.

The Candy Corn Cotton Candy, a popular Halloween treat from last year has returned, along with a few other favorites.

Halloween and candy go hand-in-hand, so let’s talk about the candy offerings this year. Of course, there will be several candy apples, as well as Disney character inspired crispy treats, but what really caught my eye was the Pumpkin Fudge. I’ve never had pumpkin fudge before, but it sounds amazing. Below is the full list of candies you’ll find at the Disneyland Resort: That is not even the half of it. There is more than just churros and candy, Disneyland Park and Disney California Adventure have a long list of Halloween-inspired other food, snacks, and desserts. Below is the full list of options for the Halloween season at both parks: