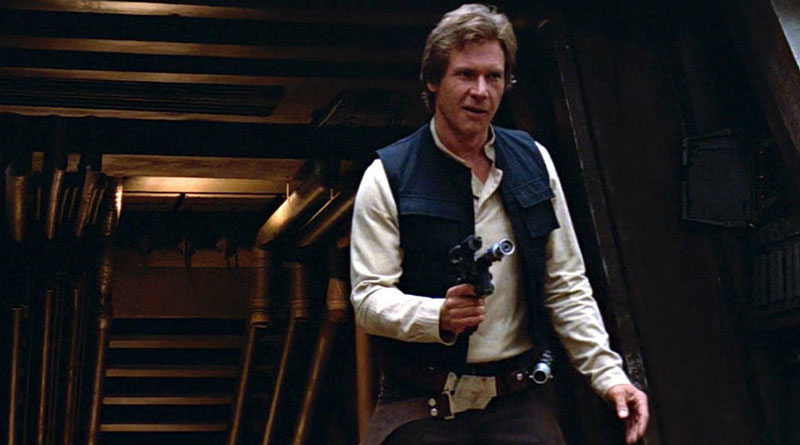 Some major drama has been added to the upcoming Star Wars spinoff about Han Solo, and not in a good way. In what is a completely unexpected turn for the film, directors Phil Lord and Chris Miller have left the project with only 3 weeks of shooting left for principal photography.

Miller and Lord began work on the Star Wars project having a significant amount of success behind them. They had 21 Jump Street and its sequel to their credit, as well as The Lego Movie. The two have been filming for the Han Solo film since February, and the general impression among the public was that things were progressing smoothly. To see a split between the directors and Lucasfilm at this late stage of development is an extremely bad sign for the project.

Although there are no exact details as to the nature of their departure, both sides seem to use the standard “creative differences” justification, which could mean any number of problems on and off set. From Lucasfilm, a statement by president Kathleen Kennedy gives nothing specific, but does mention that an announcement of a new director will follow. “Phil Lord and Christopher Miller are talented filmmakers who have assembled an incredible cast and crew,” Kennedy said, “but it’s become clear that we had different creative visions on this film, and we’ve decided to part ways. A new director will be announced soon.

A statement was also issued by Lord and Miller which mirrored Lucasfilm’s. “Unfortunately, our vision and process weren’t aligned with our partners on this project,” the duo said, “We normally aren’t fans of the phrase ‘creative differences’ but for once this cliché is true. We are really proud of the amazing and world-class work of our cast and crew.”

This news leaves expectant fans with some important questions:

For now, it’s all speculation. Check with us as new information comes out. With some luck, and a great cast, we may still wind up with a Han Solo movie that doesn’t disappoint.