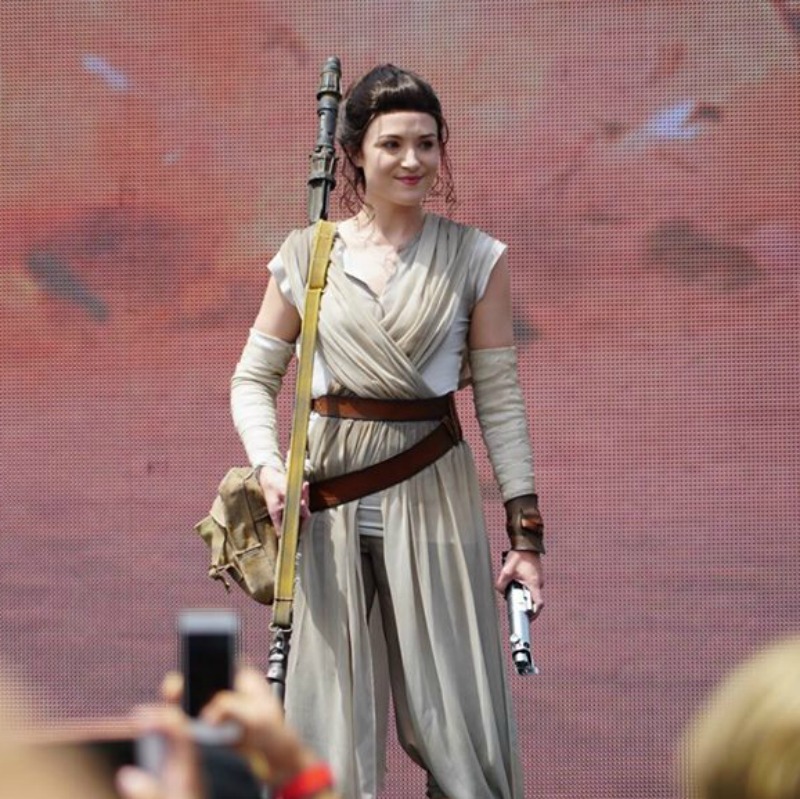 Star Wars: A Galaxy Far, Far Away, the stage show that takes place several times daily on the Center Stage of Disney’s Hollywood Studios, has officially added Rey to their lineup alongside BB-8, Chewbacca, and other favorite Star Wars characters. Star Wars: A Galactic Spectacular, the nighttime fireworks show, has recently seen an update as well. Sequences that will practically put you right in the middle of Rogue One: A Star Wars Story have been added to the exciting show bringing even more of the Force to guests.