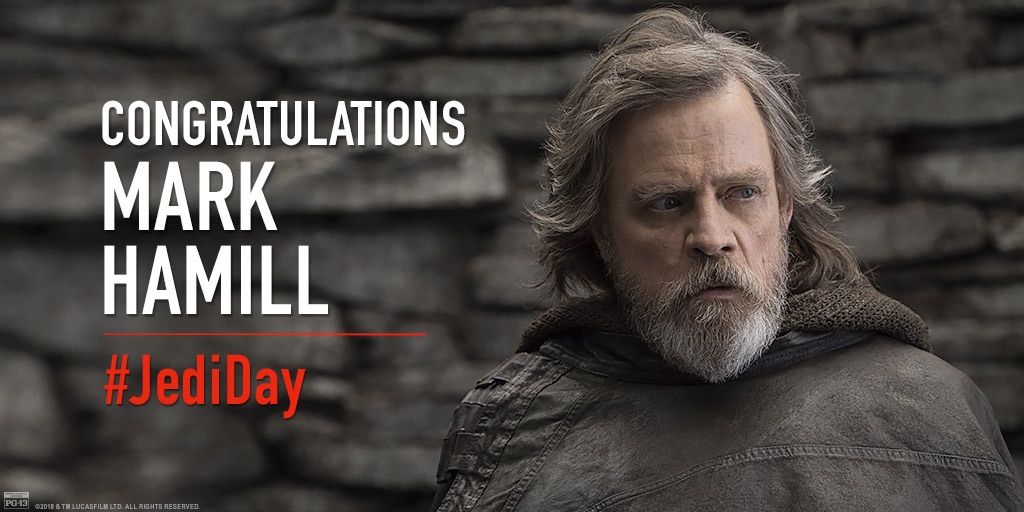 The Hollywood Chamber of Commerce has announced the dedication and unveiling of a new star on the Hollywood Walk of Fame for Star Wars actor Mark Hamill.

Hamill’s star was announced last year along with other 2018 honorees, including Minnie Mouse.

The ceremony will take place Thursday, March 8th beginning at 11:30am PST. As with all Walk of Fame ceremonies, it will be streamed live on their website or you can watch below.

Hamill’s star will be at 6834 Hollywood Boulevard, in front of the El Capitan Theatre.

Leron Gubler, the president of the Hollywood Chamber, will host, along with George Lucas and Harrison Ford who are scheduled as guest speakers.

Hamill’s is the 2,630th star added to the Walk of Fame. Ceremony producer Ana Martinez adds, “We are proud to add this extraordinary talent to the historic Hollywood monument.”