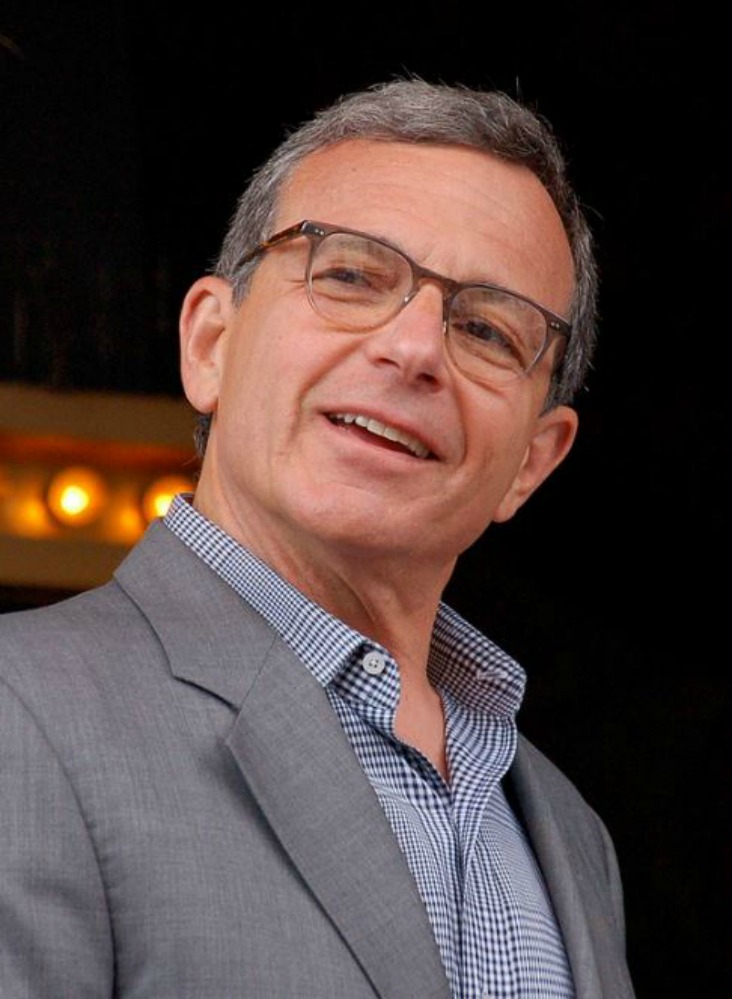 According to a story in the March 17, 2017 edition of The Hollywood Reporter, back in June 2016, friends were urging Bob Iger to run for President of the United States. At the time he dismissed it, but now “he’s considering the prodding to lead the Democratic ticket.”

“Sources say Iger has told friends he is considering their nudges that he make a run for president in 2020 as a Democrat,” says THR writer Tatiana Siegel. There’s a hitch. Any political future would hinge on Iger, 66, finding a Disney successor, of course.”

Presently, Iger’s contract runs through June 2018, however, last month, during Disney’s first quarter earnings call, Iger said, “If it’s in the best interest of the company to expand my tenure, I’m open to that.”

According to a November 22, 2016, story in Variety, “Bob Iger has been rumored for years to be toying with the idea of running for office. Political pros speculated he might run for governor of New York, or California. Some people suggested he would make a great mayor of New York City. A few years back, an internal Disney video was critiqued like a campaign ad.” In June 2016, Iger told THR that “a lot of people — a lot — have urged me to seek political office.” However, there could be one big reason why he won’t run, his wife Willow Bay.

“My wife is dead against it and has said, ‘Not with this wife,’ ” Iger told James Rainey, a reporter for Variety last fall. “My relationship with her is good enough and important enough to me to not challenge her convictions in that regard.”

However, it’s a little different with Iger. “I’ve been intrigued with politics for a long time,” said Iger and has mulled over a move into the public sector for quite a few years, but never considered President of the United States.

In October 2015, Andres Martinez wrote a piece in The Baltimore Sun entitled, “Bob Iger for president.”

“So allow me to nominate Bob Iger, the chairman and CEO of Disney, for your consideration,” writes Martinez. “First, think of the job he’s held since 2006. Disney, like the country as a whole, is a fabled entity with a strong identity and story about itself that Mr. Iger is merely entrusted with for a time, before he passes it on to future generations. As an important player in the sports, retail, technology, travel, news and entertainment businesses with operations in dozens of countries, Mr. Iger is forced to set a long-term strategic vision, communicate it effectively, manage complexity and navigate daily between competing interest groups that include shareholders, customers, employees, regulators in a variety of industries and foreign governments.”

He continues to say, ” … Mr. Iger reinvigorated the company with a series of bold acquisitions: Pixar, Marvel, and LucasFilm. Each one of those deals enhanced Disney’s bottom line and required deft diplomacy to pull off; not everyone could have persuaded Steve Jobs, Isaac Perlmutter and George Lucas to let go of their prized possessions … Clearly this is a leader who can get people from different factions and cultures to adapt to change and move forward together under a common vision.”

Iger, according to THR, has consulted with former New York City Mayor Michael Bloomberg about “making the leap from the board room to high office,” as well as having very influential friends in the Democratic party including former Vice-President Al Gore. So, it’s not out of the question that Iger would consider and make a successful run for President in 2020.

Needless to say, it’s going to be an interesting couple of years for The Walt Disney Company, Bob Iger and Disney fans.