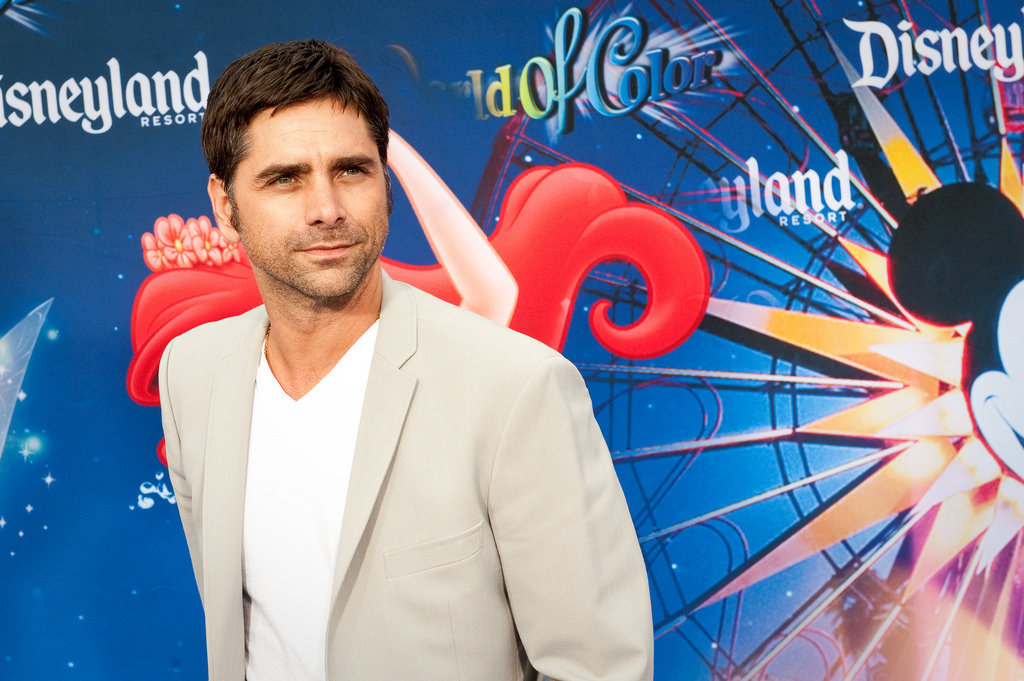 Late last night, October 22, 2017, John Stamos, known best as Uncle Jesse from Full House, announced his engagement to Caitlin McHugh. Stamos popped the question at Disneyland in front of Sleeping Beauty Castle, and he made the announcement via his Instagram account saying:

“I asked… she said yes! …And we lived happily ever after.”

Rather than posting a picture, the post was an illustration of the couple in front of the castle.

I asked…she said yes! …And we lived happily ever after

If you didn’t already know, John Stamos is a notorious Disney super-fan who frequents the Disney parks, he owns an old Dumbo the Flying Elephant ride vehicle, and he also owns a massive Disneyland marquee that was originally displayed outside the park.

John Stamos takes his Disney Parks fandom to the next level by DisneyBounding. If you haven’t heard of DisneyBounding it is wearing your day-to-day clothes in such a way that they resemble your favorite Disney character. John has been spotted in the Disney Parks DisneyBounding as Han Solo, Prince Eric, and Nick Wilde from Zootopia.