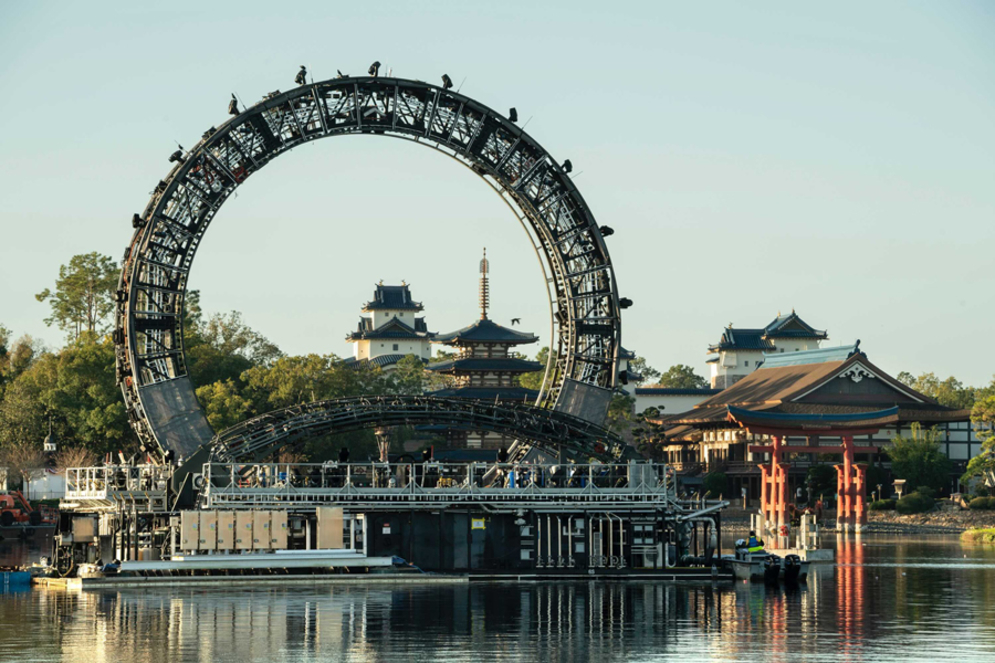 As we reported yesterday, a portion of the central platform for the upcoming Harmonious nighttime spectacular was added to EPCOT‘s World Showcase Lagoon.

Via his Instagram account and a post on Disney Parks Blog, Imagineer Zach Riddley shared that a six-story-tall circular piece was added to the central platform overnight. According to Riddley, “This centerpiece will support a high-density water curtain, moving lights, fountains in a circular form that perfectly symbolizes our story of global connection through the reach of Disney music.”

As previously announced, the Harmonious barges will be used as fountains during the daytime, and will serve as projection screens and show elements at night.

No official date has been released regarding the debut of the new nighttime show, however, in his post, Riddley states that “We are still in the early stages of development with many more finishing details to come…”.

As further details are released, we’ll be sure to let you know.

You can watch the ring structure being moved into place in the video below: