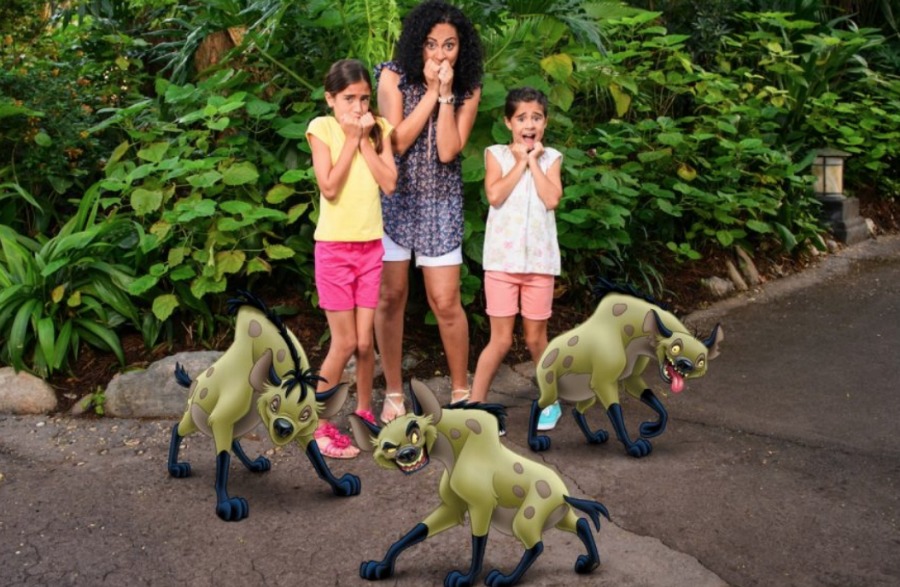 If you’ve ever wanted to pose for a photo with some of your favorite animated characters from a beloved Disney film, you’ll have your chance at Disney’s Animal Kingdom theme park through the month of October.

Select photographers in Africa might find themselves surrounded by the hyenas from The Lion King. Guests visiting the Disney PhotoPass photographer who is stationed near the Yak & Yeti Restaurant in Asia can have Shere Khan or Kaa from The Jungle Book creep into their photos. The Magic Shots featuring Shere Khan and Iago (the snide parrot from Aladdin) are only available through October 31, so if you want those characters in your photos, better hurry.