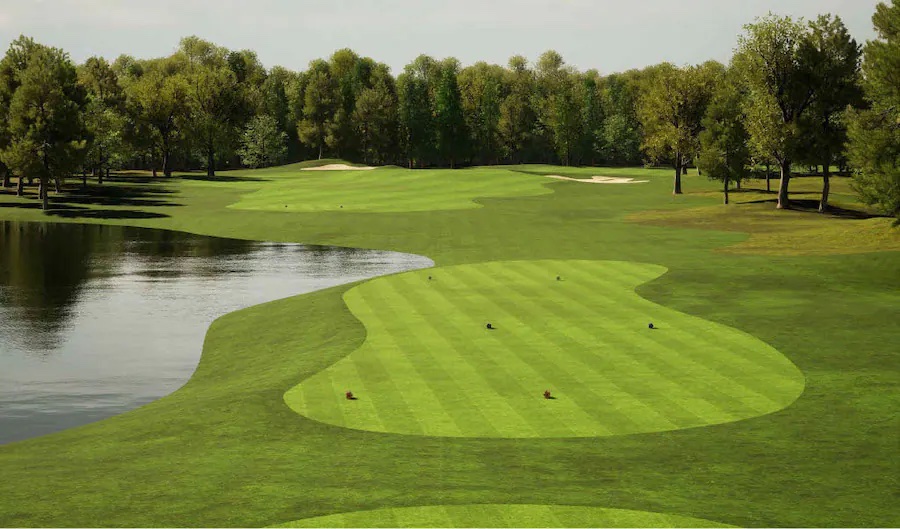 Your golf experience at Walt Disney World is about to get an extra dash of magic, thanks to a reimagination of the Magnolia Golf Course. On December 12th, the first 14 holes of the new course will be unveiled, each with a new theme:

In celebration of the course’s 50-year history and the decades to come, each hole will have a new Disney-themed name borrowed from a classic Disney film along with an inspiring quote from Walt Disney or Arnold Palmer.

For instance, the first hole on the course, “Seize Your Moment,” is inspired by Disney and Pixar’s “Coco” and is paired with the Arnold Palmer quote, “Putting is like wisdom – partly a natural gift and partly the accumulation of experience.” Hole No. 8 will be “Adventure Is Out There,” which references Disney and Pixar’s “Up.” The signage quotes Walt Disney, “I have been up against tough competition all my life. I wouldn’t know how to get along without it.”

The rest of the new names represent other iconic Disney characters and films, such as Disney’s “Mary Poppins,” “The Lion King,” “Aladdin” and more, making it even more fun to play golf at Walt Disney World Resort.

For those who prefer a day of skill sharpening and practice, the course will also offer an expanded practice putting green, complete with an 18-hole putting course! The larger-scale design and added contours of the area bring golfers a more realistic practice environment than ever before.

The final four holes will continue construction and are set to be released in 2023.