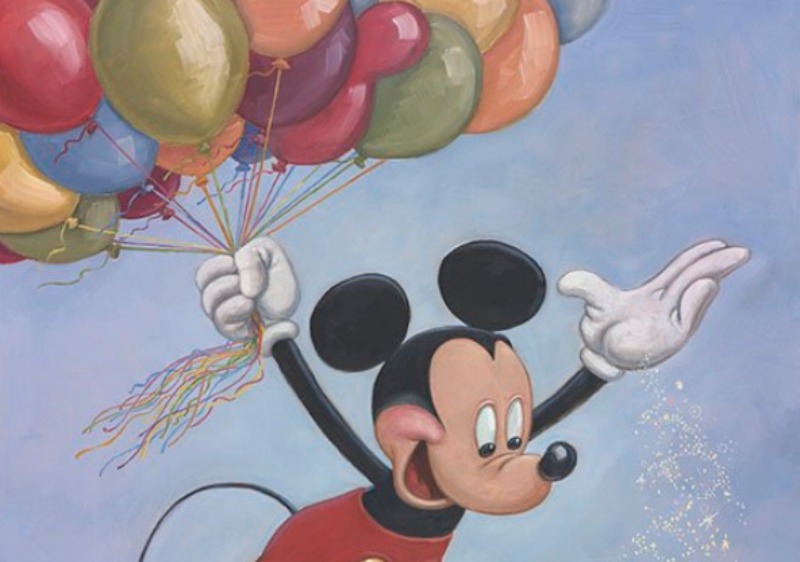 The portrait is titled “Spreading Happiness Around the World” and “features Mickey floating over a world full of happiness.” Henn is currently working on Ralph Breaks the Internet, but previously worked on Moana, Ariel, Belle, and others.

“It is one of the great honors of my career to be asked to paint Mickey’s 90th birthday portrait,” says Henn. “I was greatly inspired by the portraits painted by John Hench. I wanted to capture some of the same style and sense of youth that John achieved in his portraits.”

The new portrait will be on the cover of the Fall 2018 issue of Disney twenty-three, the quarterly publication sent exclusively to Gold Members of D23.

As part of today’s panel, the gang from Kingdom Hearts wished Mickey a Happy 90th Birthday; watch the video below to have a look.

Here Are All the Ways You Can Help Celebrate Mickey Mouse’s 90th Birthday.