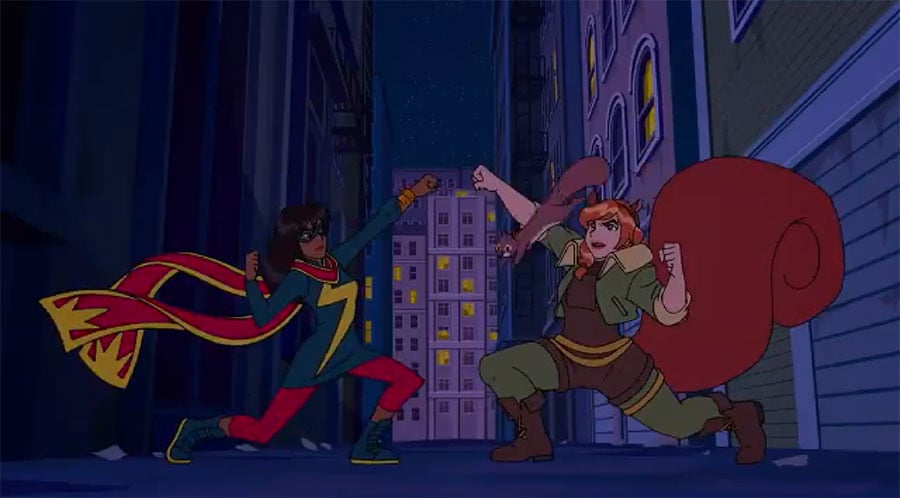 While the halls of the annual San Diego Comic Con may be congested with foot traffic, there are plenty of benefits to attending in person. One such perk is being privy to first looks at some of the upcoming animation in store for later this year. Fans attending the convention have already gotten sneak peeks of some of the major animation titles Disney has around the corner.

A preview for the continuation of the Disney Channel series’ first season was shown which hinted at the show delving further into some of its overarching plots. As i09 describes it, “The footage depicts both of the show’s biggest recurring storylines coming to a head: 1) the return of Scrooge McDuck’s most powerful foe, the sorceress Magica de Spell, and 2) the mystery of what happened to Huey, Dewey, and Louie…”

Also teased was the return of The Three Caballeros, the animated band comprised of Donald, Jose Carioca, and Panchito Pistoles; some classic animation fans might still remember the group from the 1944 film, but theme park regulars will recognized the group from the popular attraction in Epcot’s Mexico Pavilion at Walt Disney World.

Ducktales fans will also be pleased to hear the addition of Don Cheadle’s voice to the cast, at least for one episode. Cheadle will be voicing Scrooge McDuck for the season’s final episode on August 17th, while Scrooge is under the effects of a voicebox which alters his speech.

In a statement last December, Cort Lane — Marvel’s Senior Vice President of Animation & Family Entertainment — had this to say about Marvel Rising: “Marvel characters are so relatable because they live in our world and face the same challenges we do. So I’m very excited that our Marvel Rising team of heroes is so inclusive, reflecting characters with different backgrounds, particularly a set of strong female leads that our young audience can connect with.”

Marvel tweeted out a sneak peek of the new series, which features a showdown between Ghost-Spider and America Chavez, Squirrel Girl, and Tippy Toe.

Fresh from #MarvelSDCC, get a sneak peek at the first team-up of Ms. Marvel, Tippy-Toe, and Squirrel Girl from “#MarvelRising: Initiation”! Watch the premiere August 13th on @DisneyXD. @MarvelRisingSW pic.twitter.com/hV0A4N2FAe

Spider-Gwen will also be appearing in an unrelated upcoming animated project by Sony, Spider-Man: Into the Spider-Verse, which will feature Spider-Man characters from around the multiverse including Miles Morales and Peter Parker.