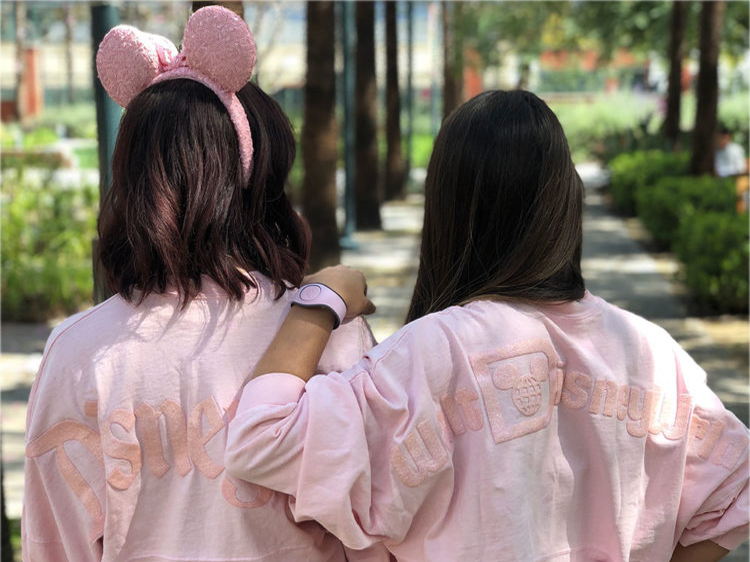 Update 4/4/2018: The millennial pink Minnie Mouse ears have officially made their way to the Walt Disney World Resort and the Disneyland Resort. Guests spotted the new ears today in The Emporium in the Magic Kingdom, and according to the official Disneyland Today Twitter account, they are also available in at Disneyland’s Downtown Disney District. The new ears cost $24.99. At this time, there still has been no sign of the sparkly pink spirit jerseys.

Update 3/28/2018: On the Disneyland Annual Passholder Twitter account it was just revealed that the millennial pink Minnie Mouse ears will debut exclusively for annual passholders on Sunday, April 1, 2018, at the World of Disney store in the Downtown Disney District. Guests can already purchase millennial pink Magic Bands, and with the addition of these two new items, they can have a complete millennial pink outfit. While we know the release date will be sometime in April, an exact date has not yet been announced. Trendy items like this typically sell out quickly, so if you see them and you’re interested in purchasing one of these new items make sure you grab it before it is gone.