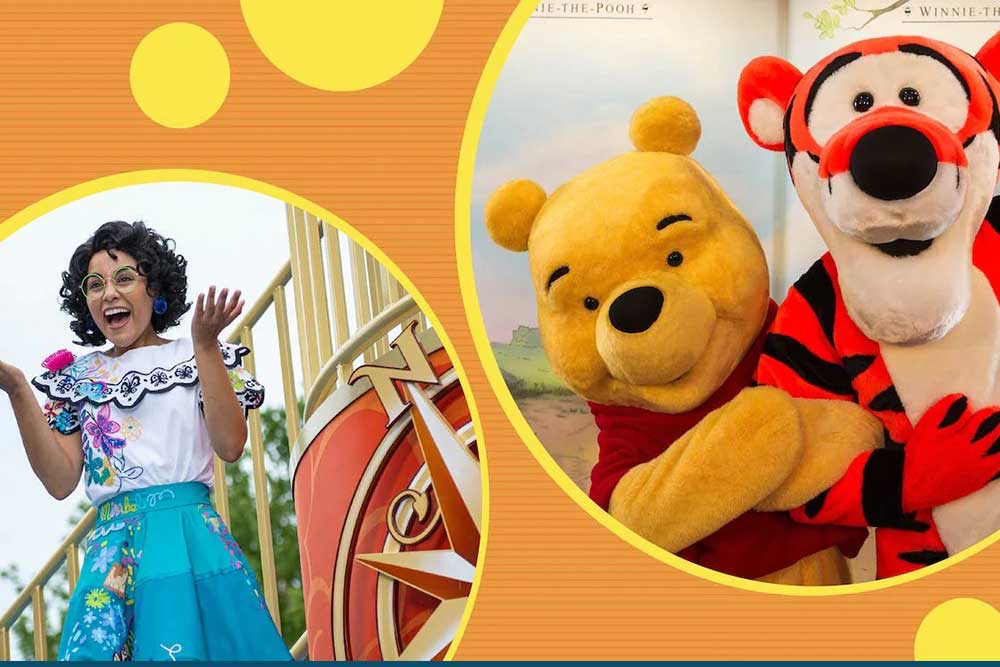 Friends, we just got some super exciting news regarding some of our favorite Disney characters!

On April 18th, 2022, character meet and greets made their return but Disney informed us that more characters would start to appear later in the year. This is the first announcement we’ve gotten for the next round of characters joining us. I am so excited to meet all these friends and give them the biggest hugs!

At Magic Kingdom, we have some exciting news regarding Mirabel from Encanto. She making her debut in the “Disney Adventure Friends Cavalcade” on June 26!

Also at Magic Kingdom, Minnie Mouse will join Mickey Mouse starting on July 6 in Town Square Theater. On July 10, keep an eye out for Fantasyland friends Peter Pan and Snow White as they greet guests at Magic Kingdom Park once again. This is so exciting! Not too far from Magic Kingdom over at Fort Wilderness Campground on July 6 Chip ‘N Dale’s Campfire Sing-A-Long will be making its return.

Disney also said that in the next few months, Aladdin, Jasmine, Merida, Pooh, Tigger, and Storybook Circus pals like The Great Goofini in Pete’s Silly Sideshow will be returning.

Our favorite toys will be returning to Toy Story Land at Disney’s Hollywood Studios, and Donald Duck and friends will be back to party at “Donald’s Dino-Bash!” in DinoLand U.S.A. at Disney’s Animal Kingdom. I hope these character interactions come back in August just in time for the Halloween season at Walt Disney World.

It is so exciting to see that in just a few weeks, there will be more characters to meet meaning more entertainment options for guests visiting Walt Disney World.

Which character are you most excited to meet? Let us know in the comments.