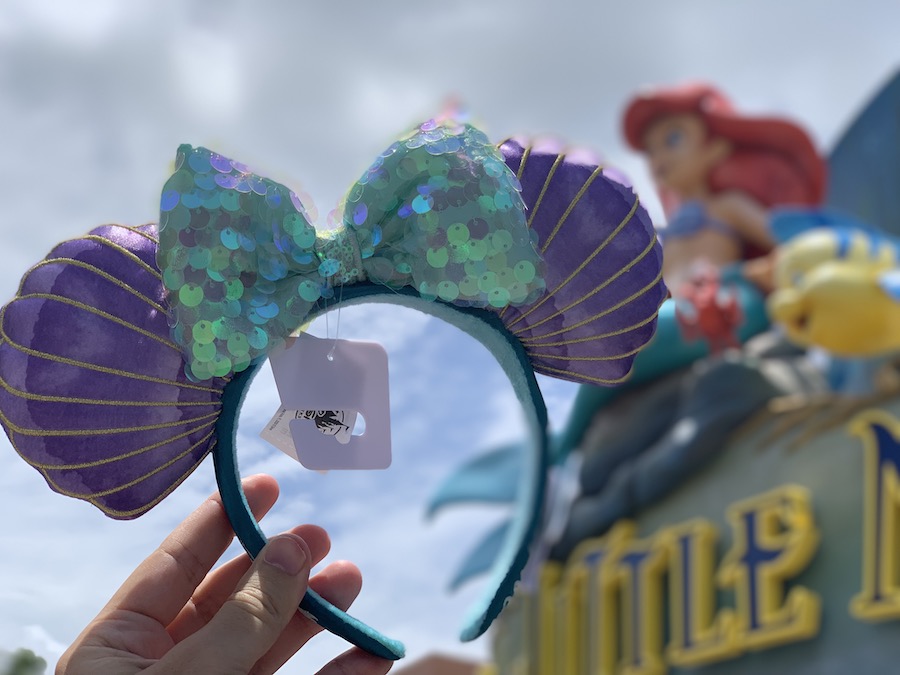 The Ariel-inspired Minnie Mouse headband, seen above, retails for $27.99 plus tax. The typical Minnie ears were replaced with seashells. 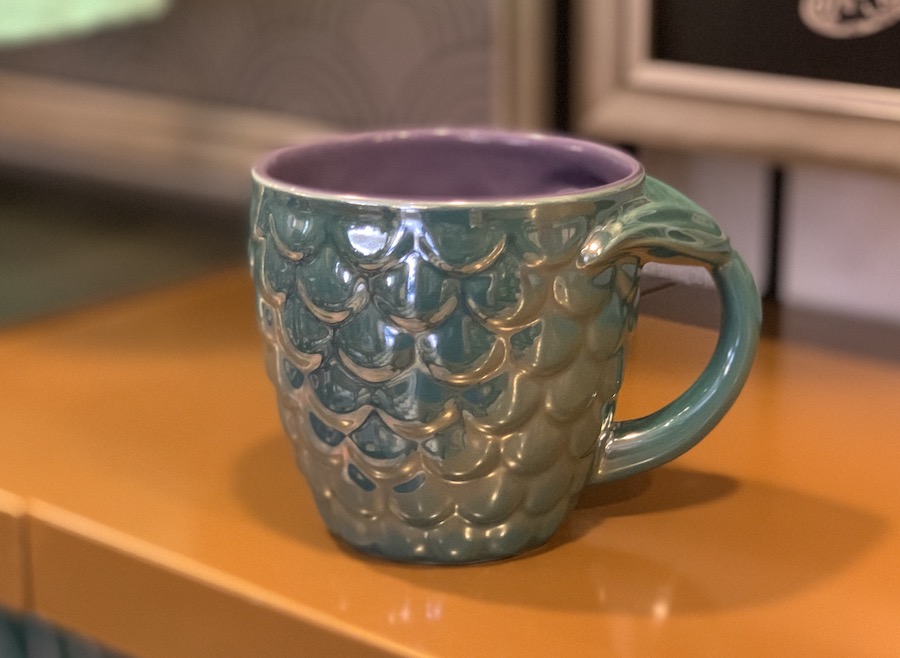 A dark turquoise mug, with a scaly pattern reminiscent of Ariel’s fin, costs $22.99 plus tax. 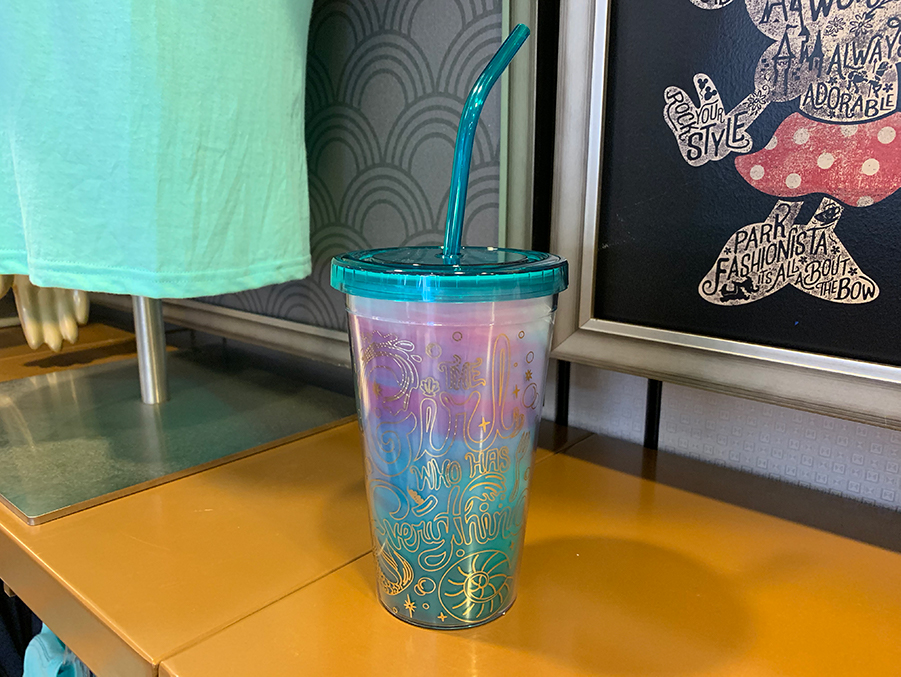 This teal and purple tumbler have the words “The Girl Who Has Everything” written down the side. It retails for $19.99 plus tax. 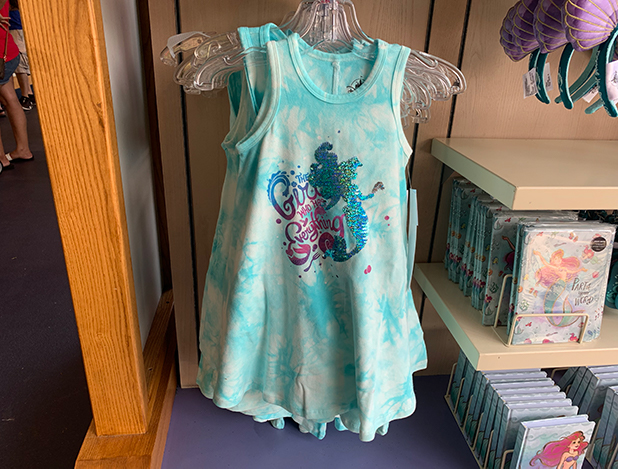 This children’s teal tie-dye tank top also has the words “The Girl Who Has Everything” printed on the front and features the silhouette of Ariel. The tank top costs $36.99 plus tax. 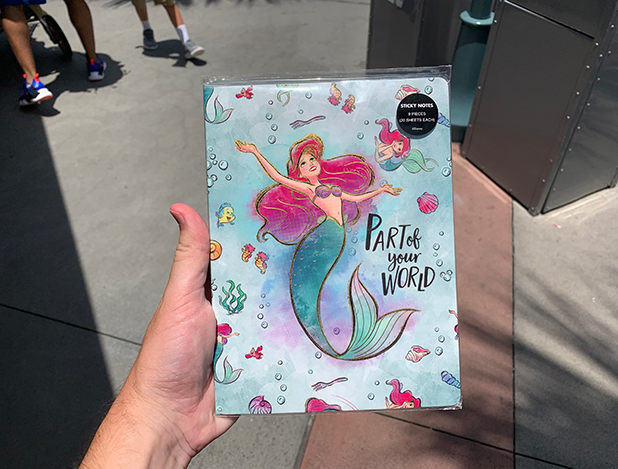 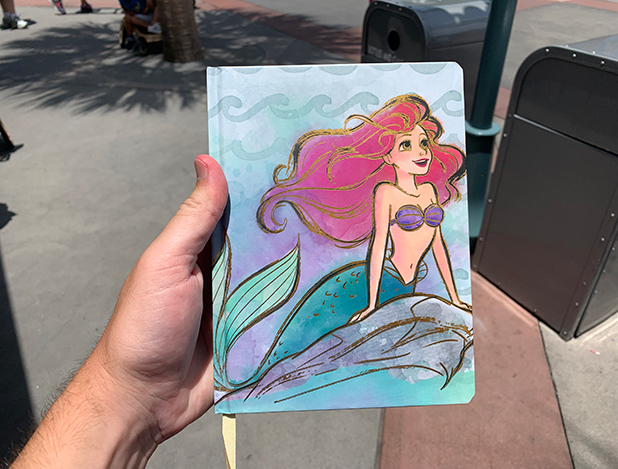 Additionally, there are two journals featuring Ariel on the front. The journal that has “Part of your World” printed on it costs $16.99 plus tax, and features sticky notes. The other Ariel journal, which was larger but more simplistic costs $17.99 plus tax. 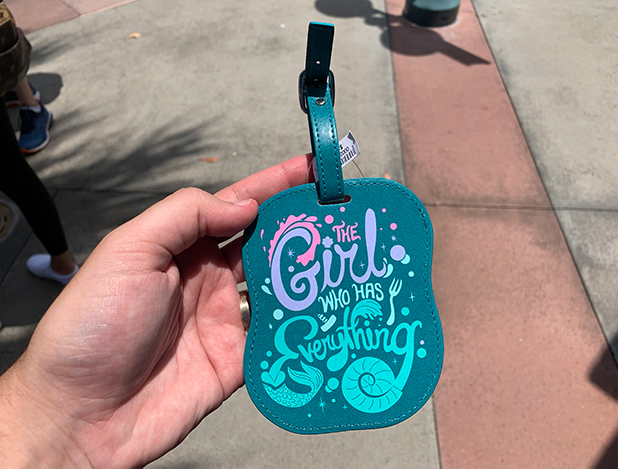 There is also a new hat and bubble wand seen in the picture below, but unfortunately, we could not find them in stock on Walt Disney World property. If we find pricing for those two items we will update this story immediately. 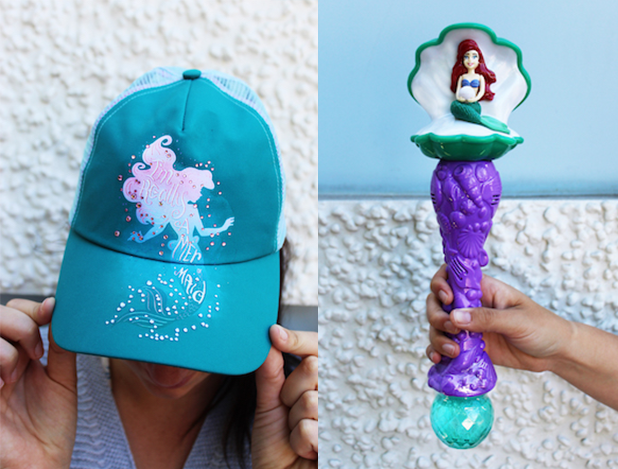