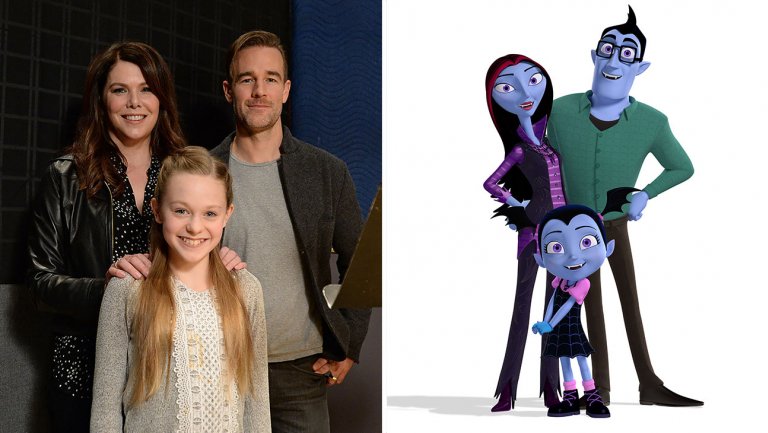 Disney Junior’s newest animated project is about the classic struggles that come about when a family decides to pack up and move to a new place. In this case: the place is Pennsylvania, they are moving from Transylvania, and they are, of course, vampires. With an all-star cast and the addition of some experienced musical talent, Disney Junior is expecting great things from Vampirina.

The show will follow the titular Vampirina, voiced by 12-year-old actress Isabella Crovetti, as she adjusts to her new surroundings in a new city, going to a new school, and having to make new friends. Her mom and dad (voiced by Lauren Graham and James Van Der Beek) are struggling with a new  business, a “Scare B & B”, where visiting supernatural creatures stay while in town. The show is based on Vampirina Ballerina, a book series under Disney Publishing. Music will play a substantial role in the new series. In each episode, Vampirina‘s cast will perform original songs by Broadway composers Michael Kooman and Christopher Dimond.

As for the rest of the cast, there are some substantial additions in Vampirina’s extended family and friends. The Hollywood Reporter gave a breakdown of the cast:

The series is produced by Brown Bag Films in association with Disney Junior. It is being directed by Nicky Phelan; Chris Nee and Norton Virgien (part of the Doc McStuffins creative team) will serve as co-executive producers.

The show will debut this fall on Disney Junior, Disney Channel, and the Disney NOW app.