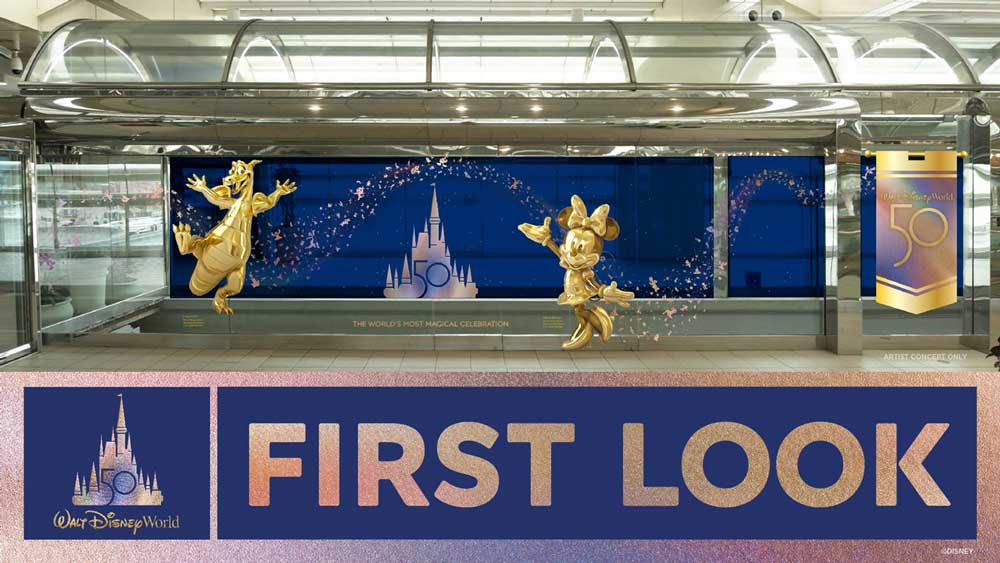 There is a lot of excitement surrounding the 50th anniversary celebration of the Walt Disney World Resort and the Disney Parks Blog has just announced that Orlando International Airport (MCO) will join in on the fun as well!

Travelers will discover new Disney touches throughout their journey at the airport including a new art installation in the terminal’s train stations. The art will feature popular Disney characters and new magic that will engage passengers as they walk through the airport. Details include a “glistening glow of projected EARidescent light patterns and an immersive photo opportunity with a re-creation of a Disney ride vehicle” where passersby will be able to capture special memories.

Additionally, a brand new Magic of Disney store location will be opening along with the South Terminal Complex in 2022.