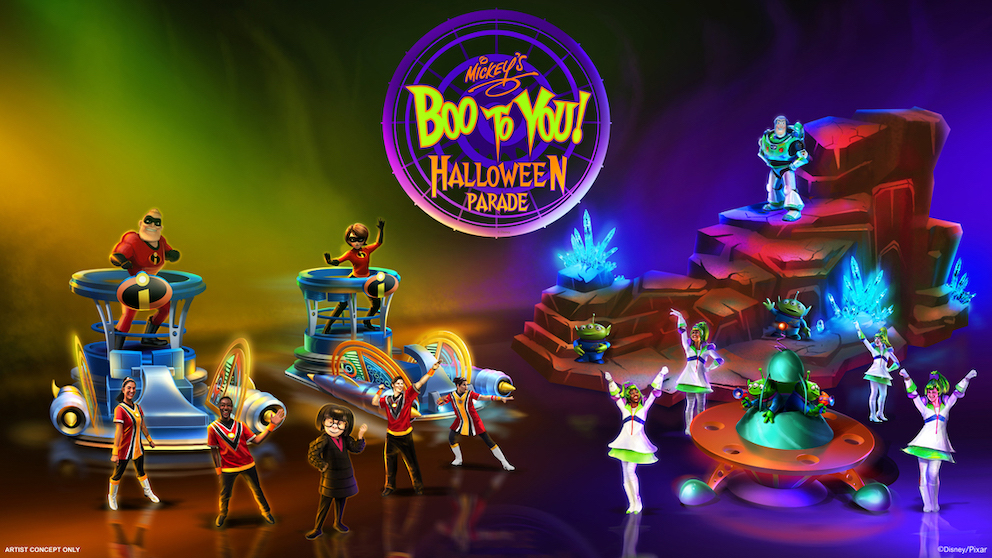 In addition to several new offerings previously publicized for the 2019 Mickey’s Not-So-Scary Halloween Party, Disney has announced that new friends and floats will be added to Mickey’s Boo to You Halloween Parade.

New to the parade this year will be Mickey Mouse and Minnie Mouse donning brand-new Halloween costumes. The Haunted Mansion parade portion will highlight the addition of the ghost Bride, who will mingle with the ever-present spooks and spirits.

A new Tomorrowland addition to the parade will feature The Incredibles and beloved designer Edna Mode, followed by Buzz Lightyear and alien explorers who have set out for new discovery on a planetary playset float.

Mickey’s Not-So-Scary Halloween Party will be offered on select nights from August 16th to November 1st, and is a separate hard ticket event at the Magic Kingdom.