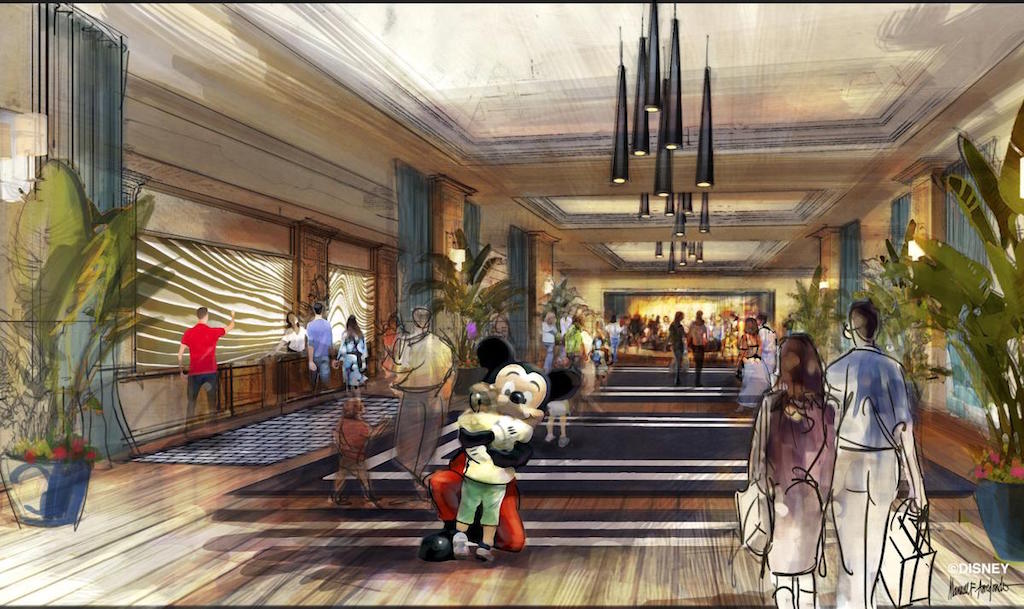 Disney has submitted a proposal to the city of Anaheim for a new luxury hotel at the Disneyland Resort.

The proposed property would be a 700-room, AAA four-diamond hotel and parking garage, with construction set to begin in 2018 and to be completed by 2021.  The hotel would sit at 1401 Disneyland Drive, which is the north end of the Downtown Disney parking lot. There is currently not a specific theme for the hotel, but it will be designed by Walt Disney Imagineering. According to the OC Register, “Guests will sit on a rooftop deck to watch Disneyland’s nightly fireworks over Sleeping Beauty Castle, there will be signature restaurants, two pools, a fitness facility, concierge service and a kid’s play area.” Disneyland currently has three on-property hotels: the Disneyland Hotel and the Disney Grand Californian Hotel & Spa are four-diamond properties and the Paradise Pier is ranked a three-diamond.

Anaheim city officials created a new policy last year wherein developers would get tax incentives for the construction of luxury hotels. The policy allows developers of four-diamond properties to “apply to keep, for 20 years, 70 percent of the Transient Occupancy Tax collected from visitors staying at local hotels. Guests pay 15 percent of the room rate. After the 20 years, the city would keep all of the bed tax revenue, which goes to pay off bonds that funded improvements to the resort district in 1996 and pay for general city expenses and community programs.”

When proposing this new policy, city officials said that Anaheim should have more luxury hotels to attract a high-end type of clientele and that there was demand for 2,500 of these type of rooms. A four-diamond property must “spend at least $225,000 per guest room, including $30,000 in furniture, fixtures and equipment in each room.” Disneyland already had the right to build a hotel in that area of the parking lot, but will need to wait to hear about any tax incentives they may be eligible for after a vote at a future council meeting.

Suzi Brown, Disneyland spokeswoman said, “This new flagship hotel would create thousands of jobs and benefit Anaheim with more than $750 million in additional tax revenue over the next four decades, while helping the city reach its stated goal of attracting more high-end visitors.”

A cost for this project was not revealed, but Disneyland has already said they will be spending more than $2 billion on the Resort over the next 10 years. Some of that money will go toward Star Wars Land at Disneyland Park and a new 5,000 spot parking garage and transit center.