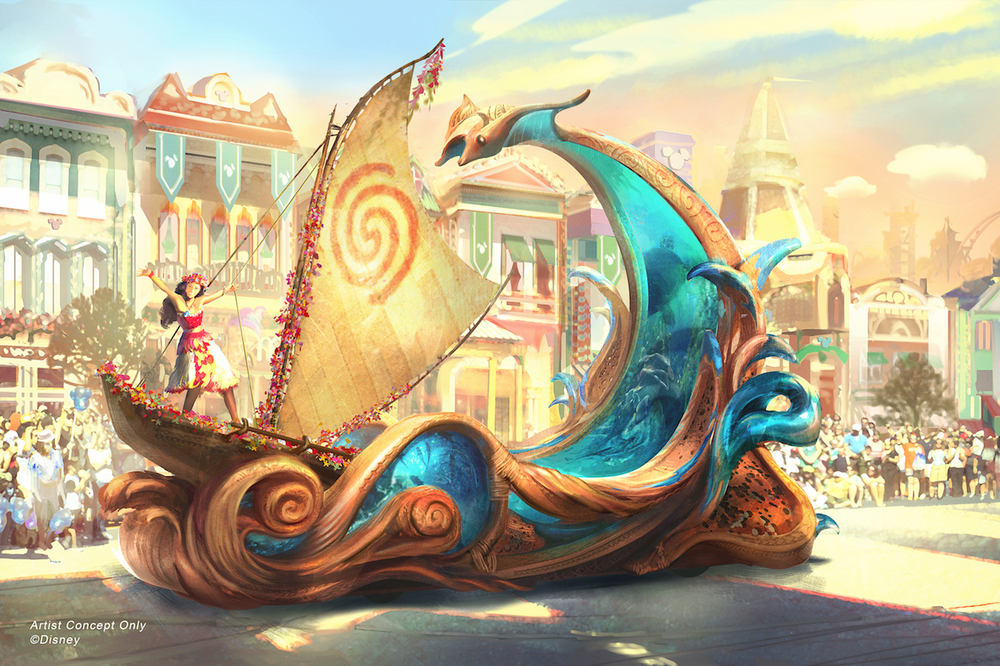 As was previously announced at this year’s D23 Expo, Disneyland will be receiving a brand new parade in 2020. This morning, it’s been announced that the new parade will make its debut on February 28th, 2020. Disney has also released additional artist concept drawings of the floats to be featured in the new parade.

We’ve been given a broader look at the Moana float that will feature the lead character on her voyager canoe. The float will be covered with koa wood carvings, and utilize inset animation pieces. 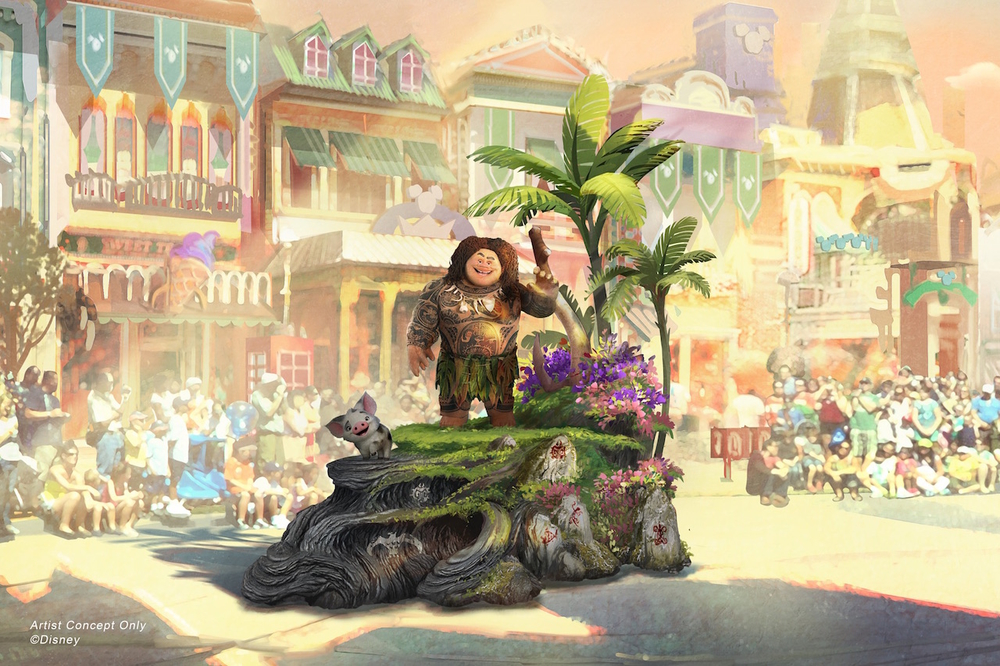 Maui will join Moana on his own flower-covered magical island float. Maui will be featured alongside Moana’s pet pig and sidekick, Pua. 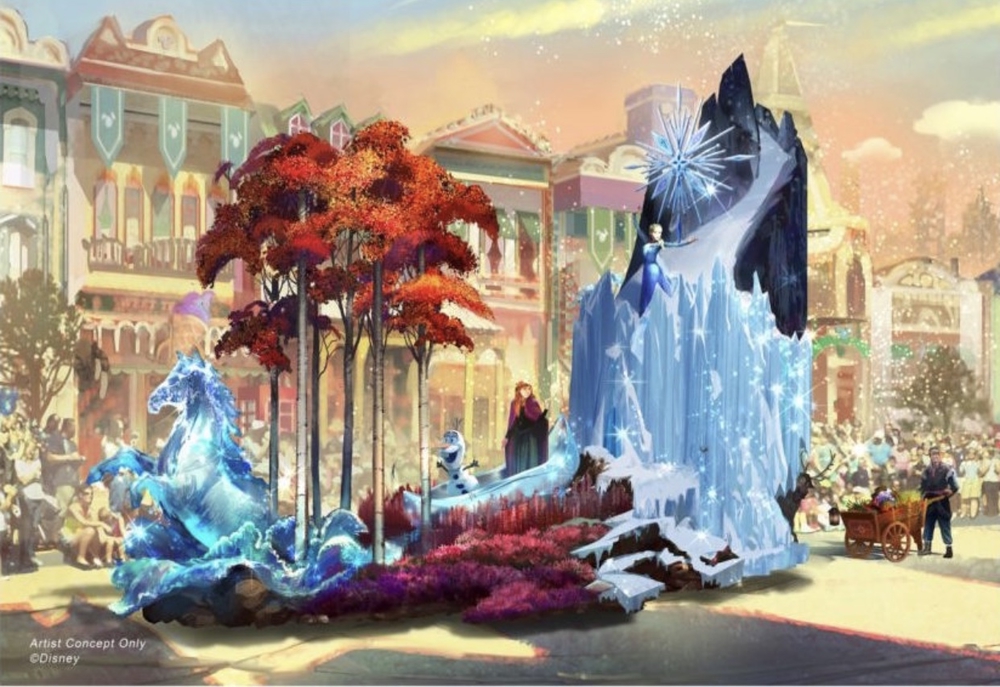 Representing the popular Frozen 2, Anna and Elsa will be shown as they explore an enchanted forest guarded by Nokk, the water spirit. Kristoff, Sven and Olaf join in on the adventure. 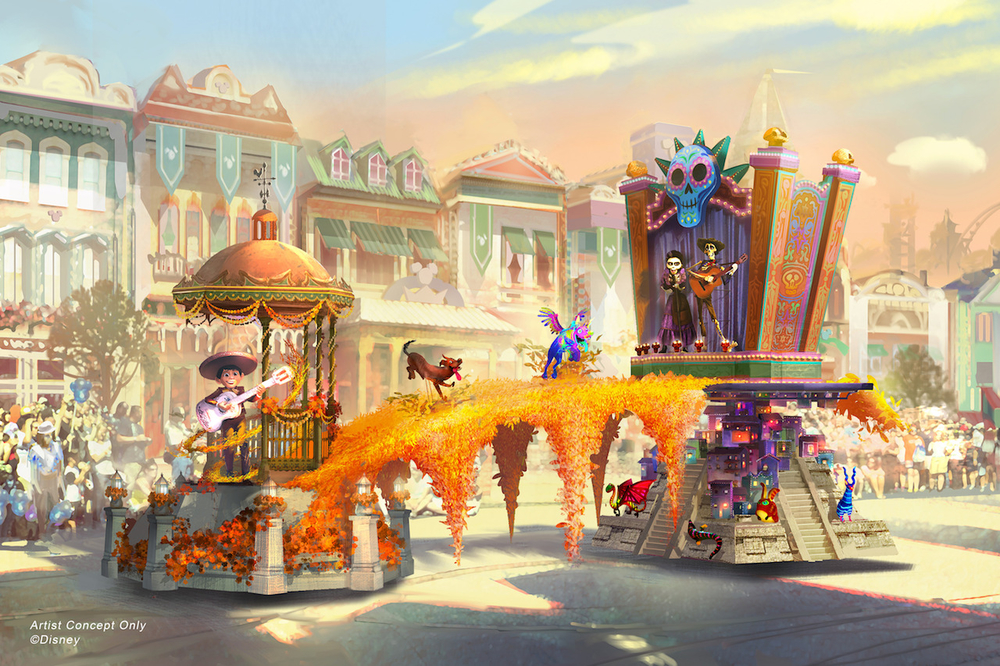 Disney and Pixar‘s movie, Coco, will be featured and a grand float that depicts the bridge between the Land of the Living and the Land of the Dead as shown in the movie. Miguel will appear in person for the very first time, and Miguel’s dog, Dante, will join other alebrije spirit animals on the float. 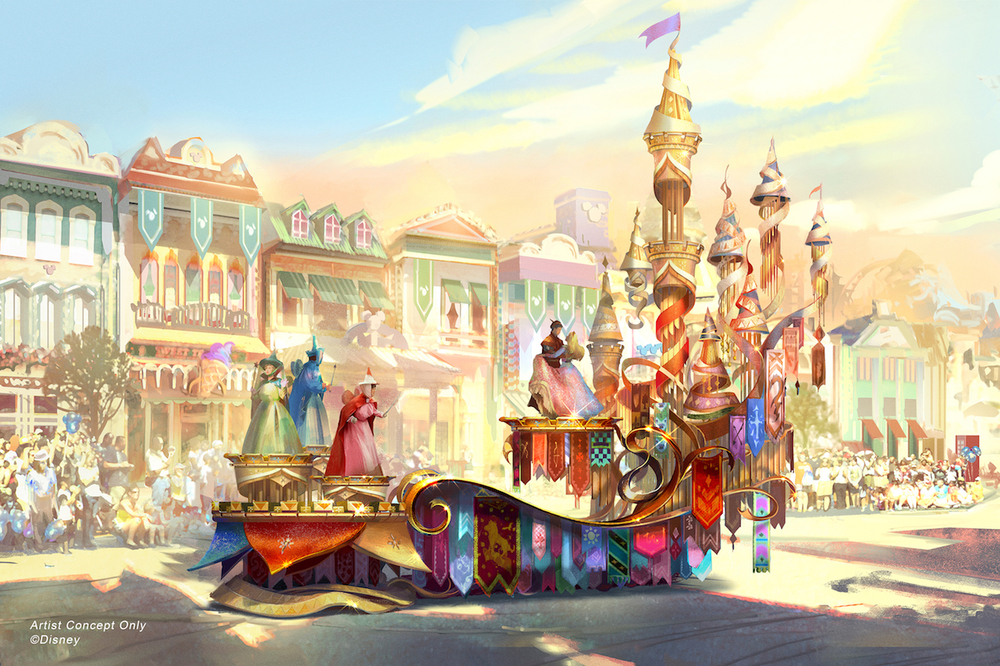 The ending of “Magic Happens” will celebrate moments from a variety of classic Disney films, including Sleeping Beauty. The Sleeping Beauty float will showcase the three fairies, bunting-draped castle spires, and a color changing down for Princess Aurora. Make it pink! Make it blue!