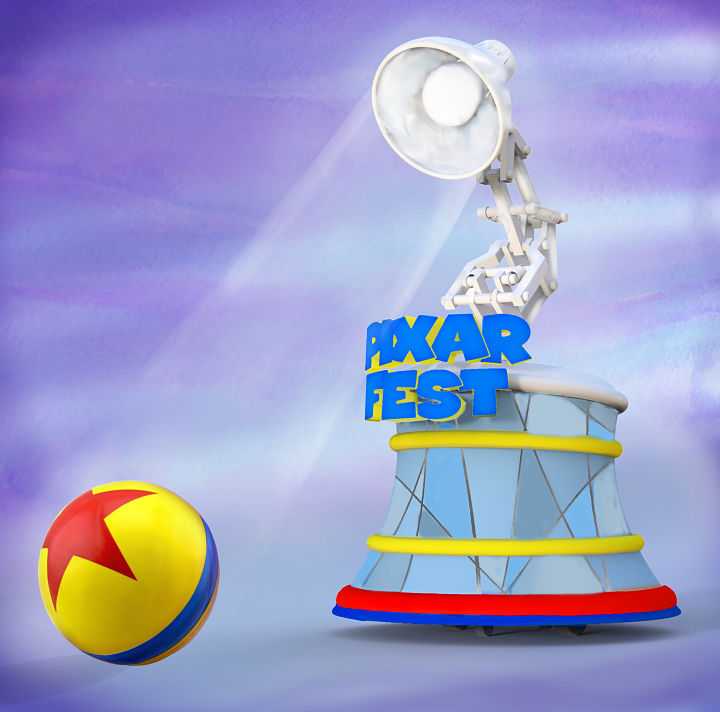 As part of the 12 Days of Disney Parks Christmas, the Disney Parks Blog has just announced new details for the Pixar Play Parade! The parade which previously took place in Disney California Adventure will be moving over to the Disneyland Park when it returns on April 13. The announcement today revealed that the reimagined parade will have three new floats!

The first new float will be the Pixar lamp (Luxo) and ball, which are iconic symbols of the Pixar films. Both Luxo and ball have appeared in the Pixar title card before every film. Another new addition to the parade is the characters from the 2009 animated film Up.  Wilderness Explorer Russell, Carl Fredricksen, Dug, and even Kevin the colorful flightless bird will all be included in the reimagined parade! The parade float will include “green foliage and snipe chicks.” Carl will stand atop the float with his floating house above. Lastly, some characters from the 2015 animated film Inside Out will also be making their debut appearance in the parade. Bing Bong, Joy, and Sadness will ride together on Bing Bong’s rocket wagon.