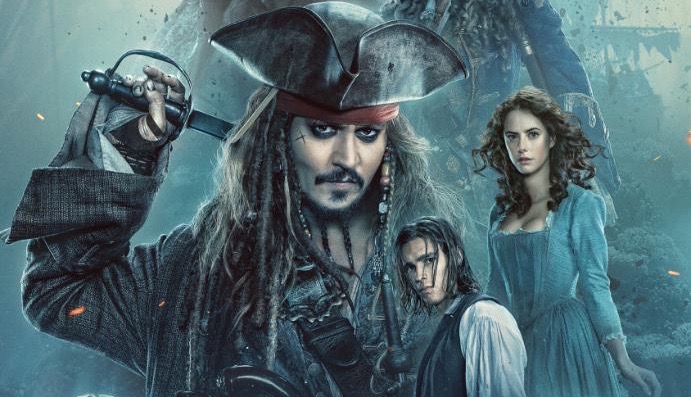 Thursday morning, The Ellen DeGeneres Show exclusively released the trailer for Pirates of the Caribbean: Dead Men Tell No Tales. The film is directed by Joachim Rønning and Espen Sandberg and is set to be released on May 26, 2017.

In the trailer, it is believed that Captain Salazar (played by Javier Bardem) was out to kill all pirates when he met a young Jack Sparrow. In chasing down Jack through the Devil’s Triangle, Captain Salazar and his crew were killed. But in a twist of fate, everything changed as Captain Salazar came back as a vindictive ghost out to look for Jack Sparrow once again.

On the run from ghost Captain Salazar, Jack Sparrow now is in need of the Trident of Poseidon, which is an ancient mystical artifact. In order to find the artifact, Jack Sparrow enlists the help of sailor Henry who is in the Royal Navy, played by Brenton Thwaites, and astronomer Carina Smyth, played by Kaya Scodelario.

The film features the return of Captain Barbossa played by Geoffrey Rush and William Turner played by Orlando Bloom.

Prepare for stories from the deep. A new trailer for #PiratesOfTheCaribbean: #DeadMenTellNoTales is coming tomorrow. pic.twitter.com/BH7qPx5FFV