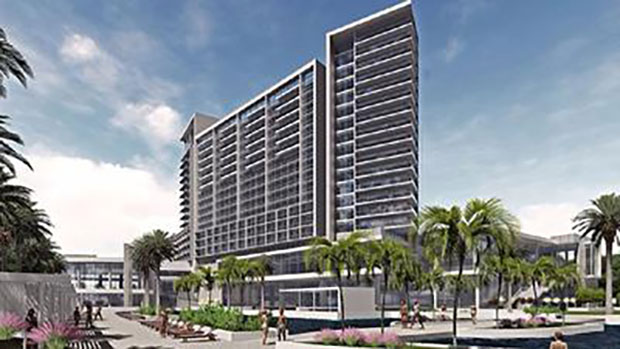 If plans filed yesterday come to fruition, the area near Epcot will have a new 516-room JW Marriott Hotel. An application filed July 24th by Kimley Horn planning and engineering firm on behalf of DCS Investments outlined what would be Orlando’s second JW Marriott.

The plans describe a 16-story hotel with 516 rooms, 50,000 square feet of meeting space, a restaurant, and a rooftop bar.

The current owner of the property, DCS Investments(West Palm Beach), purchased it in 2013 for $2.2 million. Due to economic factors it has gone mostly undeveloped until now. The location on Chelonia Parkway is at the southwest corner of where Epcot Center Drive intersects with Interstate 4. The name of the project on the permit application is JW Marriott at Bonnet Creek.

The property to be developed is outlined in red in the photo below: JW Marriott is owned by Marriott International and already has an Orlando location in the form of the roughly 1,000 room JW Marriott Grande Lakes.  DCS Investments is notable for its ownership and development of Bella Collina, an upscale golf resort area near Clermont, Florida.