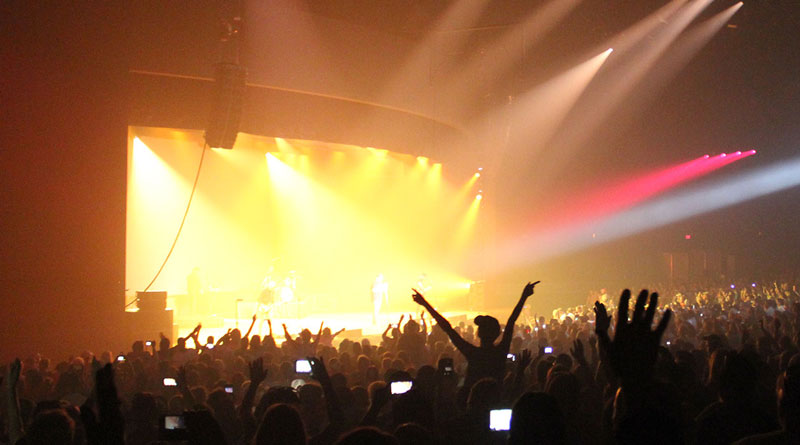 UPDATE 1/10/18: The addition of SWITCHFOOT on February 3rd completes the list of performers.

Fans of Christian music and family activities have another thing to look forward to in the coming year. On Saturdays from January 20th through February 10th in 2018, SeaWorld Orlando is bringing back Praise Wave, where “uplifting, live concerts from the hottest names in Christian music will light up the stage at Nautilus Theater.”

Here is the current rundown of faith-based features:

“In a career that has spanned 30 years, Steven Curtis Chapman is the most awarded artist in Christian music history with 58 Gospel Music Association Dove Awards, five Grammys, an American Music Award, 48 No. 1 singles, selling over 11 million albums, with ten RIAA-certified gold and platinum albums to his credit.”

“Lecrae is a two-time Grammy Award-winning hip-hop artist whose 2014 album, ‘Anomaly,’ debuted at #1 on the Billboard Top 200, Rap, Digital, Christian, Gospel, and Independent charts. His seven studio albums and mixtapes have sold more than 1.9 million copies and he has co-headlined some of the best-selling tours in the U.S.”

“SWITCHFOOT has been unearthing all manner of musical gems since their debut ‘The Legend of Chin,’ steadily expanding their global fan base and critical reputation through such releases as the multi-platinum breakthrough ‘The Beautiful Letdown’ and the Grammy award-winning ‘Hello Hurricane’. Beyond their career achievements, SWITCHFOOT has been active in a variety of philanthropic efforts through the band’s own Bro-Am Foundation.”

“Grammy-nominated, multiple American Music Award and Dove Award winners MercyMe have sold more than 8.5 million units in CD, single and DVD sales, garnered 27 No. 1 multi-format Christian radio singles and four consecutive mainstream radio hits with ‘I Can Only Imagine,’ ‘Here With Me,’ ‘Homesick’ and ‘So Long Self.’ ”