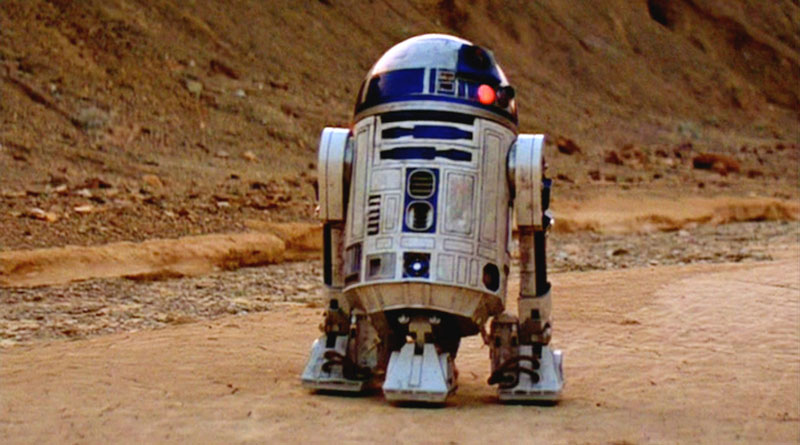 Since he first appeared in 1977’s Star Wars: Episode IV – A New Hope, fans around the globe have wanted to own the astromech droid companion R2-D2. Only one fan has wanted it enough to shell out $2.76 million.

That is how much a version of R2-D2 comprised of parts from the various Star Wars films was sold for. Profiles in History, the auction house in the Los Angeles area that sold the unit, claims this piece of film history to be the only complete R2-D2 in the public domain.

The droid was not simply a prop for one movie, but has been assembled from components used in numerous films. This R2 unit is comprised of parts from the “original trilogy” Star Wars episodes 4, 5, 6; as well as the “prequel” episodes 1, and 2. Those films span a length of time from 1977 to 2002.

Constructed of aluminum, steel, and fiberglass, the droid has “no internal mechanics or workings” according to the auction house. So, this R2-D2 won’t be rolling around or whistling at guests, but the hefty price tag is due to the droid’s history. The piece’s dome is from the original 1977 Episode IV unit. R2-D2 units were upgraded over the course of the films, with newer parts being added and older parts getting retired.

Although R2-D2 was the most expensive piece at the auction, there was another standout prop. Luke Skywalker’s lightsaber from A New Hope and The Empire Strikes Back was purchased by some wealthy jedi for $325,000.