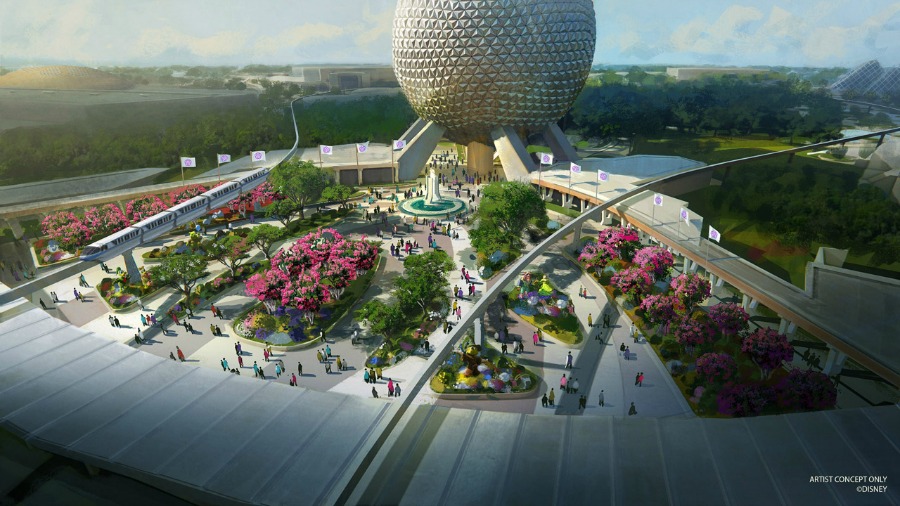 It appears that some of the recently announced changes for Epcot will be underway shortly, as a notice of commencement was recently filed for work on the park’s “north pathways.”

The document references “sitework, demo, hardscape, [and] landscaping” as part of Project G. Judging by the description and the recent concept art released by Disney, it is natural to infer that this work will involve the removal/relocation of the Leave a Legacy stones inside Epcot’s entrance as well as adding the new paths and foliage.

Notices of commencement are typically filed just before work begins. As no alternate date was noted, this document will expire on March 4th of 2020.

Epcot will be undergoing numerous alterations in the near future, and we should see more permits related to Project G filed as new parts of the project get underway. The Whiting-Turner Contracting Co. is listed as the contractor for this notice, and given their history of large scale projects at Walt Disney World it is likely that they will handle the majority of Project G.