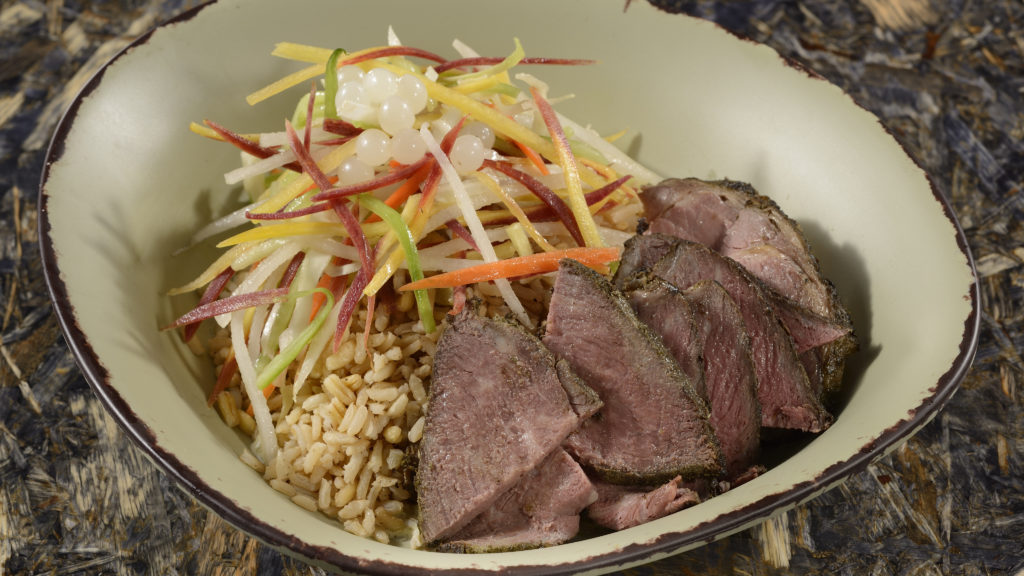 Walt Disney World has revealed what ways a traveler to Pandora may quench their thirst and sate their hunger.

The first of the two eateries will be a fast-casual dining facility called Satu’li Canteen. Thematically speaking, the canteen is owned and operated by Alpha Centauri Expeditions and showcases Na’vi art and cultural items for its decor. The menu seems health conscious, and will possess “wholesome grains, fresh vegetables, and hearty proteins.”

The second is Pongu Pongu, a drink stand whose named means “party party” in the Na’vi language. The stand, run by an “expat who fell in love with Pandora – The World of Avatar” will feature a “bioluminescent frozen cocktail, indigenous beers—or even a sweet snack you won’t find elsewhere!”

Pandora-The World of Avatar and its accompanying eateries will open May 27, 2017.