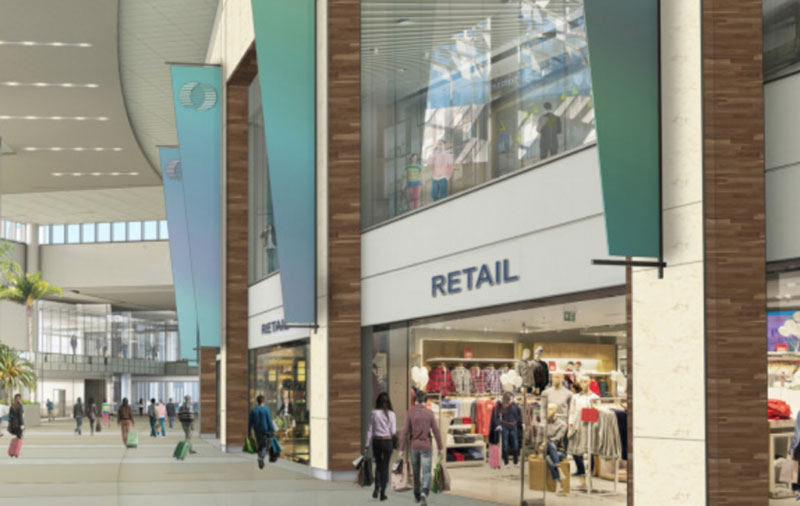 Orlando International Airport’s new south terminal should be up and running by 2020, and visitors can expect plenty of theme park-related merchandise available when it opens. The terminal is currently seeking to fill food and beverage spaces, while retail space talks with Disney, Universal, SeaWorld, and Kennedy Space Center Visitor Complex are already underway. All of this was announced at the Greater Orlando Aviation Authority meeting on December 20th.

COO at the Greater Orlando Aviation Authority Stan Thornton explained that Orlando International is in the process of filling up themed retail space, or space related to park merchandise, out of the 61,000 square feet of retail space available. The next step will be filling the food and beverage spaces.

The Orlando Business Journal reported on the developing terminal with maps of the new retail center courtesy of SchenkelShultz Architecture. The OBJ noted that Disney and Universal both appear to have dual-level stores, with other locations “earmarked for a sports bar, casual dining, gourmet market, fast casual/ethnic cuisine, a burger stop and more.” The south terminal, Terminal C, will contain 16 new gates servicing international and domestic flights. Along with Terminal D, it will connect to Orlando International’s new Intermodal Terminal Facility which is planned to include a station for the new Brightline Orlando-Miami passenger rail system as well as other possible rail lines.