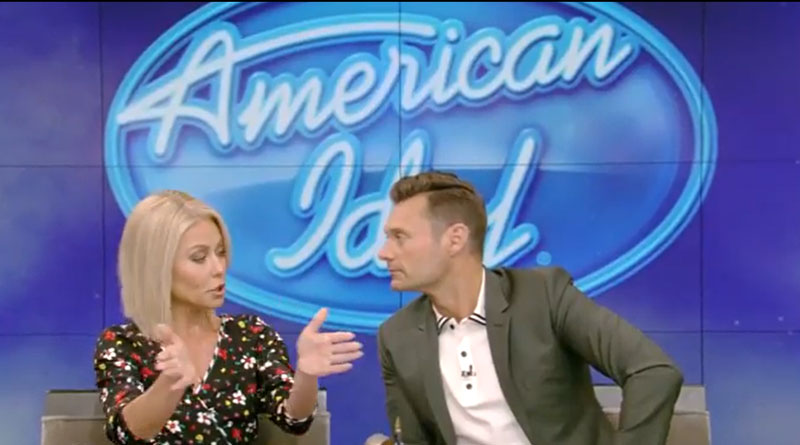 ShareTweetSubscribe
When American Idol comes to Walt Disney World to hold auditions, it seems they will indeed be bringing Ryan Seacrest along with them. Ryan broke the news on the morning show he co-hosts, Live With Kelly and Ryan. He has a busy schedule ahead of him. Seacrest's current gigs, Live With Kelly and Ryan and his syndicated morning radio show On Air With Ryan Seacrest, are both recorded in Manhattan; Idol airs from Los Angeles. Seacrest has already been working with Disney/ABC, which owns produces Live, so taking up his old hosting position with his new Disney family seems like a natural fit. Seacrest said,

"It’s genuinely hard to put into words what American Idol means to me. I’m so grateful for the show and all the career and life opportunities it’s allowed me to experience. It’s been an incredible journey from day one. To be asked to return this year, at my new home at Disney|ABC, is an honor, if not a bit surreal. I believe ABC is the perfect home for Idol, and I’ve every confidence the show’s legions of fans will love it — especially Idol's best traditions of showcasing heartwarming stories, remarkable talent discovery, and, best of all, making dreams come true."

ABC seems to be well aware of the role Seacrest played in the program's success. Channing Dungey, ABC Entertainment president, said of the host,

"We are thrilled to be ushering in this new era of American Idol with Ryan at the helm. So much of 'American Idol's' overwhelming success can be attributed to Ryan, whose larger-than- life personality and laudable dedication to creating quality entertainment has made him a true master of his craft. His talent is limitless, and I can’t think of a more appropriate person to honor the Idol legacy as it takes on new life than the man who has been there through it all."

No premiere dates have been given for the show's 2018 return, but auditions are set to be held in August. Source: Variety Image: ABC Live With Kelly and Ryan
ShareTweetSubscribe