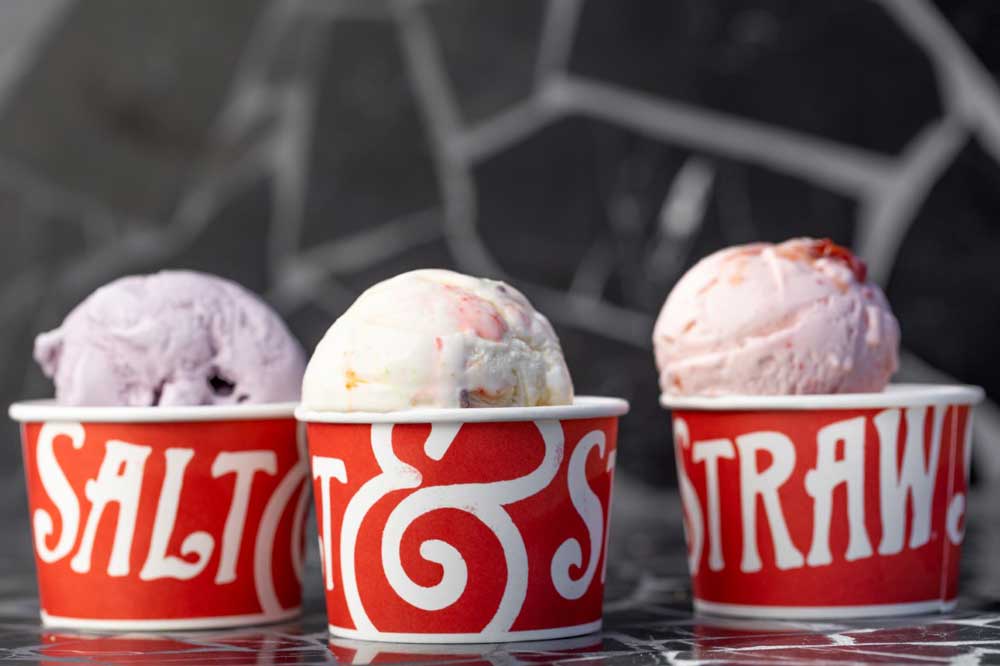 In posts on both their Twitter and Instagram accounts late Sunday night, Salt & Straw, the popular ice cream shop located at Downtown Disney at Disneyland, shared that they are opening a brand new location in the near future. They asked posters to guess where it is going to be located. They provided hints by using a Mickey Ear ice cream cone photo along with a castle, mouse, and star pixie dust emojis.

Fast forward to right now, Salt & Straw has just officially announced that they’re expanding their presence to the Most Magical Place on Earth with the debut of its scoop shop at Disney Springs in Walt Disney World in 2022!


Fans of the brand can indulge in an ever-changing menu of its small batch, hand-churned ice cream as the company creates unique menus in each city that change every four to six weeks. The curiously delicious flavors that will be available at Salt & Straw’s Disney Springs location include all-time favorites like Honey Lavender and Chocolate Gooey Brownie, alongside unique flavor collaborations specific to its Florida locations including The Salty Donut Guava & Cheese and Panther Coffee Chocolate Tres Leches.

To create a warm and welcoming destination for their Disney Springs scoop shop, the Salt & Straw team enlists longtime partner, Osmose Design. Visitors and locals alike can indulge in the magic and wonder of Salt & Straw’s unique flavors while connecting with one another. The Portland based design team is led by principal and owner, Andee Hess, who has envisioned all 26 Salt & Straw locations throughout the country.

As huge Walt Disney World fans, we were inspired to go really BIG with an exterior facade that screams ice cream and makes sure we show the world how excited Salt & Straw is to be here. The results will be an epically inviting and tantalizing exciting shop that evokes crafted deliciousness.

Have you ever had ice cream from Salt & Straw? Let us know in the comments what your favorite flavor is.