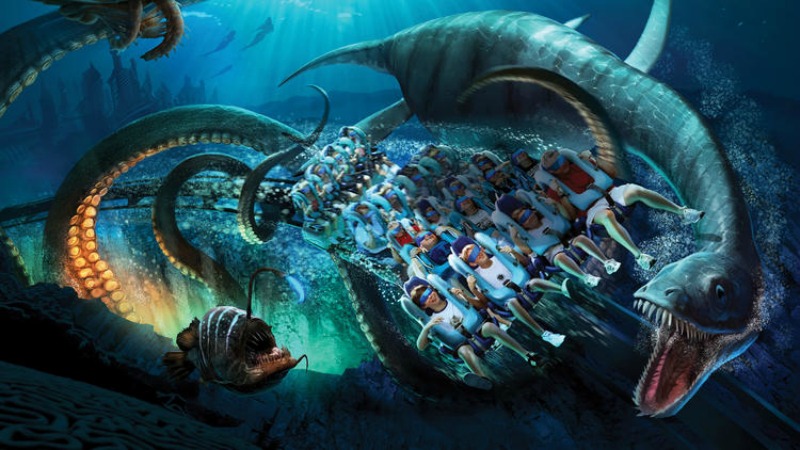 ShareTweetSubscribe
When theme parks use virtual reality in their attractions, it creates a realistic illusion for its guests making them feel as though they're actually right there living in that moment. What they're seeing on the screen in front of them or through the goggles they're wearing instantly transports them into whatever world they're intended to see during the ride. After SeaWorld's somewhat abysmal 2016 Annual Report was released last week, it should come as no surprise that the theme park is looking to up their game. The Orlando Sentinel is reporting that SeaWorld will "equip its Kraken roller coaster with virtual reality goggles, sending riders through an underwater scene." SeaWorld executives also revealed to the Sentinel that "they are looking at virtual reality incorporating the company’s live animals too." "We also have a version of virtual reality for our animals, where you actually see them live and things that you can't possibly see as a human today and experiences that you can't experience except through virtual reality,” Chief Executive Officer Joel Manby told analysts. “And so we're testing both the basically ride-based film product as well as with our live animals. Very excited about it, and it could take our (capital expenditures) down over time and we'll monitor it and learn from each execution." This could be an extremely popular addition to the park's attractions if they do follow through with the plans. Source: Orlando Sentinel
ShareTweetSubscribe